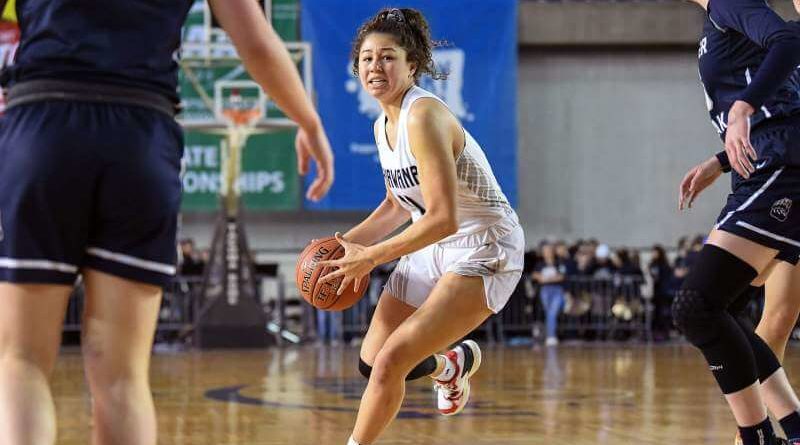 Five-star recruit Talia Von Oelhoffen, arguably the most gifted scorer in the state of Washington, has given Oregon State a verbal pledge to play basketball.

The all-state Chiawana High School guard announced on social media before noon Saturday that she was going to join the Beavers’ program as part of its 2021 recruiting class.

“More than anything, I want to go where can I have four years where I enjoy playing the game, and get the most out of myself,” Von Oelhoffen said Sunday.

ESPN.com has the 5-foot-11 Von Oelhoffen ranked as the No. 10 ranked player in the class of 2021 – and second-best wing player in the country behind Mater Dei High School (Calif.) standout Brooke Demetre (Stanford commit).

Last winter, Scorebook Live WA had Von Oelhoffen as the sixth-most impactful player in Washington – and ranked her as the top returning junior in the state.

A year after leading Tri-Cities Prep to the Class 2B championship in 2019, Von Oelhoffen transferred to Chiawana, and was the top scorer in the Mid-Columbia Conference at 26.2 points per game. She was voted the league player of the year in leading the Riverhawks to the Class 4A state tournament where they were ousted by Glacier Peak.

Von Oelhoffen, who says she is going into the program as a point guard, joins a 2021 Oregon State recruiting class that includes Illinois prep star Greta Kampschroeder, who is ranked No. 12 overall nationally by ESPN.com.