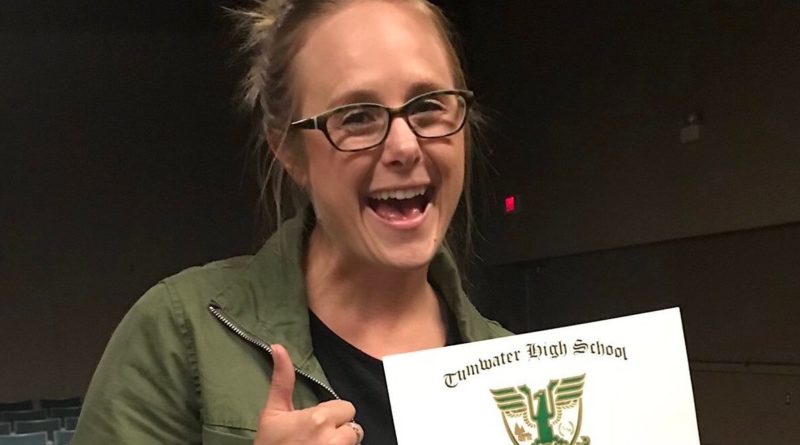 Editor’s note: U.S. rugby star Kelsi Stockert was added to the honorable mention list June 1 after she reached out to Scorebook Live. This list had already been published for a couple of weeks.

Notable Stats: Andrews was a four-year starter at shortstop and catcher at Tennessee, and her 1,249 career putouts (2009-12) stand as the No. 2 mark all-time in program history.

Everybody who saw her bragged about them – Andrews’ feet. They were a big reason why she was so dominant in two sports.

She was the dashing point guard who led Tumwater to the Class 2A girls basketball title game. She was the Evergreen Conference’s player of the year. In softball, she was an All-American shortstop who guided the Thunderbirds to the 2006 state title (and 26-1 record). Twice, she was selected to the all-state team.

Heck, she even won two Northwest titles in the NFL’s “Punt, Pass and Kick” competition.

Once she stepped foot on the Tennessee campus, she immediately became a defensive whiz at shortstop – which later evolved into a starting role behind the plate. Either way, she left as one of the program’s all-time defensive greats.

After coaching stints at Tennessee and Washington, Andrews returned to coach her alma mater’s high school softball program in 2018.

Notable Stats: A 10-time state prep champion, Christopher is one of just two athletes to ever jump longer than 41 feet in the triple jump at a state meet (Curtis’ Alexis Ellis is the other).

Christopher, a six-time AAU gold medalist, was one to never talk about herself, or create a stir – until she started her stride on the jumping runway.

Back in the mid-1990s, those stood as some of the top marks even posted nationally (she was Track and Field News female athlete of the year in 1995). In fact, the two-time All-American would have won major conference championships in college as a high school senior.

Although she never captured an NCAA Division I title at North Carolina, Christopher was a seven-time All-American – with personal-best marks of 21-7 1/4 in the long jump, and 44-4 1/2 in the triple jump.

Notable Stats: Pointer is still the only athlete in Washington state history to win a high school track and field team title … by herself.

As the lone female Thurston County member of the WIAA’s athletic hall of fame, Pointer accomplished things across the board that others did not.

It started with handing Yelm its only 1A girls team track championship in 1977. She accounted for all 40 points by winning four events – the 200 meters, 80-yard hurdles (national-record 10.2 seconds), the high jump and long jump (all-time Washington best 19-9 3/4 at the time).

That led to a world-class career in the heptathlon – in college (UCLA, Houston) where she won the 1981 NCAA Division I title in both multi-event competitions, and against the world-wide stars of the sport. She was a member of the 1984 U.S. women’s track and field team.

Notable Stats: Weber was a 1,500-point scorer both in high school (school-record 1,503 points at Timberline) and at the NCAA Division I level (1,511 points at New Mexico State, No. 7 all-time). She is second in NMSU history by making 269 3-pointers.

Weber was athletic grace in perpetual motion – in any sport she played.

But her best sport was basketball, and she led the Blazers to the 3A state tournament twice. As a senior, she was the 3A all-state MVP runner-up to Prairie’s Heather Corral in 2012.

In college, she was a two-time all-WAC selection, leading NMSU to its first NCAA Division I tournament bid in 27 years as the team’s leading scorer in 2015-16.

After a brief professional career overseas, Weber worked with the Golden State Warriors, and now is coaching at Grand Canyon University.

Tonya (Larson) Charland, North Thurston (volleyball, softball) – Had jersey retired in both sports, and all-Conference USA in volleyball at UAB.

Jody Dutra, Timberline (soccer) – Boy or girl, nobody was more feared as a thunder-legged goal-scorer in Thurston County than her.

Jameka Stevens, River Ridge (volleyball, track and field) – Sister of NFL tight end Jerramy Stevens had dynamite in her hands as thumping outside hitter at Cal.