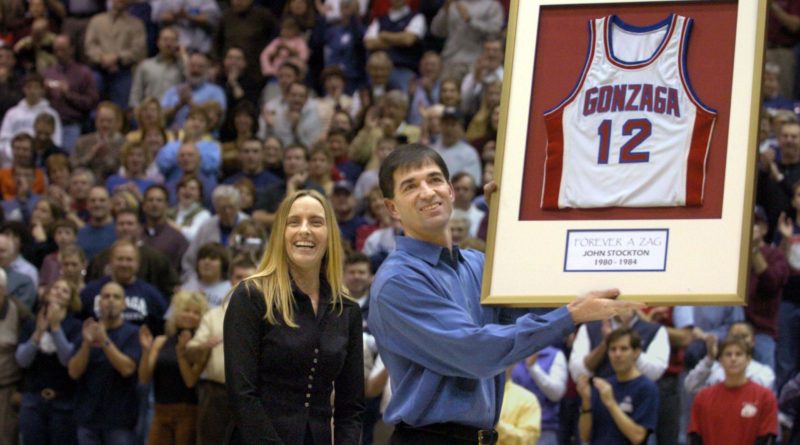 BEST MALE ATHLETES TO COME OUT OF SPOKANE COUNTY

Spokane gets to claim one of the great distance runners in the history of the sport in Lindgren.

Lindgren set five national high school records during his senior year at Rogers: the 3,000 meters, 5,000 meters, 10,000 meters, two-mile and three-mile. During a U.S. vs. USSR track meet in Los Angeles, a precursor to the 1964 Summer Olympics, Lindgren beat two Russians in the 10,000 in front of a packed Memorial Coliseum crowd. He became the first American to beat a Russian in the 10,000 in what was only his second time ever competing in the event, according to the New York Times.

With a slight 5-foot-6 frame, he went on to win 11 NCAA championships between cross country and track at Washington State. In 2018, Lindgren was a part of the inaugural class inducted into the National High School Track and Field Hall of Fame.

Rypien is a Spokane legend most known for his achievements as a quarterback, but was also an all-state basketball and baseball player at Shadle Park before his exploits on the gridiron at Washington State and in the NFL.

Rypien spent the first two years of his NFL career saddled with injuries and on the sidelines. Once healthy, he got the chance to prove himself. He stuck around for an 11-year career that included two Super Bowls, two Pro Bowl appearances and, most notably, the 1992 Super Bowl MVP.

Rypien led Shadle Park to the 1981 WIAA state championship in basketball in a controversial loss to Mercer Island that lives on as “the game that never ended.”

Notable stats: Set a MLB record for 123 consecutive games played without an error.

The No. 23 hangs retired at Wrigley Field, one of the many ways Sandberg’s lasting legacy as a second baseman is commemorated. A 2005 inductee into the Baseball Hall of Fame, Sandberg was a 10-time MLB All-Star, the National League MVP in 1984 and a nine-time Gold Glove Award winner. That storied career started at North Central High School, where he also was a nationally-recognized quarterback. North Central’s baseball field is named after Sandberg and both his baseball and football jerseys have been retired by the school.

Notable Stats: Stockton shot better than 56 percent from the field during his high school career, which is unheard of for a point guard.

You can make a case that Stockton is the best athlete to ever come out of the state of Washington. He won two Olympic gold medals, became the NBA’s all-time leader in assists (15,806) and steals (3,265), was inducted into the NBA Hall of Fame and was selected one of the “50 Greatest Players in NBA History.” He was also selected to play in 10 NBA All-Star games.

Gail Cogdill, Lewis and Clark (football) – Played 11 seasons in the NFL and nabbed three Pro Bowl selections as well as the league’s Rookie of the Year in 1960.

Steve Emtman, Cheney (football) – First pick in the 1992 NFL Draft after a monstrous career at UW. Finished fourth in the Heisman voting, a rarity as a lineman.

Jason Hanson, Mead (football) – A 21-year NFL placekicker who holds the record for most 50-yard field goals. He was an All-American at Washington State.

Carl Johnson, Lewis and Clark (track and field) – A silver medalist at the 1920 Antwerp Olympics who won 16 Big Ten titles at Michigan.

Adam Morrison, Mead (basketball) – The co-national player of the year at Gonzaga in 2006 was the third pick in the NBA Draft and went on to win two NBA titles with the Lakers.

Bud Roffler, Lewis and Clark (football) – Three-sport athlete in football, basketball and baseball both in high school and in college at Washington State in the 1940s.

Brad Walker, University (track and field) – Set a U.S. pole vault record with a mark of 19 feet, 9.75 inches after winning the world outdoor title in 2007.