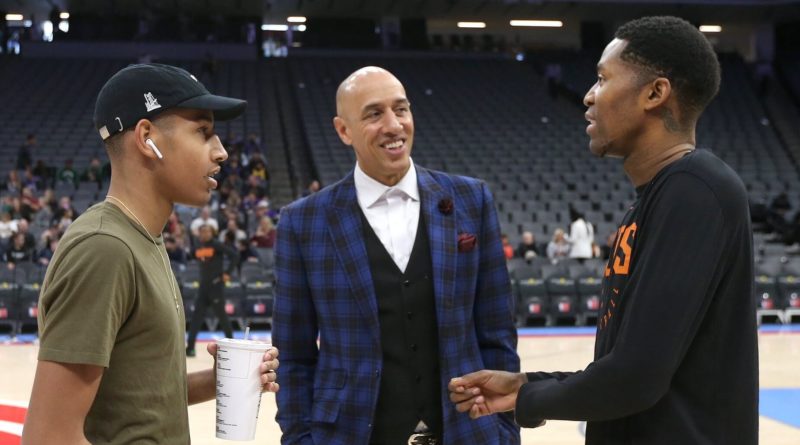 Seattle basketball legend and Rainier Beach graduate Doug Christie was in his sixth year in the NBA when his upstart Toronto Raptors took on Michael Jordan and the Chicago Bulls during the 1995-96 season.

That season, Jordan and the Bulls, which are the focus of the popular ongoing 10-part ESPN documentary “The Last Dance,” would go on to win a then-NBA record 72 games and be regarded as one of the greatest NBA teams of all time.

But that night, Christie recalls, Jordan was less impactful than normal. Christie details the experience to Dan Dickau on Dickau’s ‘Quarantine Series’ on the Scorebook Live Today podcast. Jordan finished with 36 points, but the expansion Raptors got the win, 109-108, on March 24, 1996. The next day, the top sports headline in the Toronto Star read “Raptors win it — no Bull.”

Here is the excerpt. Listen in below starting at the 3:06 minute mark:

(Editor’s note: this interview was recorded on April 21, two days after the release of the first two episodes of “The Last Dance” documentary.)

Dan Dickau: (“The Last Dance”) came out last night. It was unbelievable. Two hours I don’t think I moved off my couch, so hopefully the same was for you.

Doug Christie: Yeah, man. It was, you know, having played against … actually, my guy that on the radio, because I do a radio show daily, too, Grant (Napear) was saying you know, you’re probably one of the only guys who played against LeBron, Kobe and Michael Jordan and Magic Johnson. So playing against Mike and then watching that, man it’s next level, man. You know … you could have all these arguments people don’t really realize. They just don’t know who he was and really dude was on another planet, man forget level, he was on another planet, I’m telling you.

Dickau: My rookie year was Mike’s last year with the Wizards. So okay, even at that point, he was unbelievable. But I remember as a kid growing up watching him. You are guarding him at his peak. Please share with our listeners just how good he was.

Christie: So that the year that they won 72 games I was playing with the Raptors. That was the Raptors’ inaugural season and the lowly Raptors are one of those 10 win teams. And guarding Mike … it was incredible … he played both ends the floor and he tried to dominate you on the defensive end just as much as the offensive end. But at the same time, Dan, we were battling and never against a superstar had I not heard them complain to the referees. He never said one word and I mean, we’re beating the hell out of each other. But his mentality was ‘I’ll handle it on my own. I got this.’ And I have so much respect for Mike.

So I’m guarding him all game. I’m having, you know, I held him to one of his lowest scoring totals, I believe ever. And during the game, Al Robertson who’s his real, real good buddy is on the team. So it comes down to the last play of the game and we call the timeout. Coach Darrell Walker says ‘okay Alvin, you’re gonna guard Mike on this play blah blah blah,’ and the huddle, it goes quiet. And Alvin kind of looks around and he goes, ‘yo man,’ he said, ‘Doug’s been doing a good job. Let the young fella, let him finish it off.’ And we ended up we ended up winning the game.

So afterwards my daughter … that was like 96, 97, so she was like three or four years old … She’s like, ‘dad, can you go get an autograph?’ And I’m thinking … I’m sure he’s pissed, right? Like, we were beating the hell out of each other. They lost but you know, for your kids, you’re doing anything. So I walk over in the locker room. There’s probably a scrum, Dan, I kid you not … 60-70 people around him. And I kind of stand to the side. He came to … glimpse and like ‘you guys move out of the way.’ He moves them all out of the way. Come in, talk to him, signs my daughter’s thing.

Listen to the full interview here: