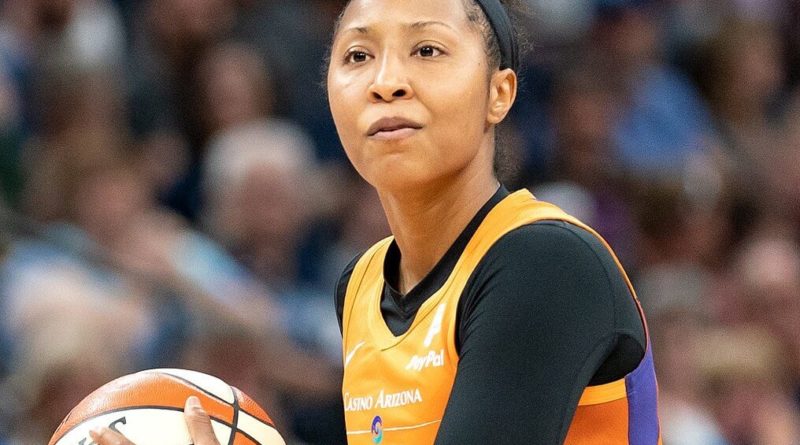 Notable Stats: The former all-state guard holds two individual records at tradition-rich Tennessee – most 3-point attempts in a season (239) and most 3-pointers made in a career (305), from 2007-11.

If you wanted to see who the next Kate Starbird was in the state of Washington – you had to go to Spokane in the mid-2000s to see her play at University.

Like Starbird, Bjorklund was a big scoring off guard (6-0), and was the No. 2 ranked player in the class of 2007, according to ESPN.com. Not only was she the Gatorade state player of the year, she was also selected a WBCA All-American. Months after graduating, she was part of the U.S. squad that captured the FIBA U-19 world championship in Slovakia.

And it got even better over the next few months. She was the 10th freshman in Tennessee history to start her first game, and was part of the school’s last NCAA Division I title (which was legendary coach Pat Summitt’s final one of eight titles).

Injuries derailed a WNBA career (she was drafted by Chicago in 2011), but she has made a comeback and is playing overseas in France.

Notable Stats: For more than a decade, January held career assists record at Arizona State (538 assists) – until it was broken last winter by guard Reili Richardson.

It’s no wonder that a black belt in karate became the best defensive basketball player in Spokane County history (and maybe ever in the entire state).

The Tigers’ all-state point guard led the school to the state semifinals as a senior – then won a WIAA state girls high jump title a few months later.

Her career blossomed in college, becoming one of ASU’s all-time greats. She was selected a two-time Pac-10 defensive player of the year, led the Sun Devils to 104 wins and four consecutive NCAA Division I tournament berths and left with a handful of individual school records.

Indiana drafted her No. 6 overall in the 2009 WNBA Draft, and she won a league championship (2012) and made the All-Star team (2014) with the Fever. She is now with her third WNBA team – Connecticut.

Notable Stats: Meili captured 16 gold, silver or bronze medals over her career in both smallbore rifle shooting and air rifle shooting – including the gold medal in the 1992 Summer Olympics in Barcelona, Spain.

When it comes to knowing how to shoot a rifle with elite success, Meili has always been on the mark.

She vaulted from a being a local-club standout in Cheney to making the U.S. national team for more than a decade, capturing five World Cup individual titles, a pair of Olympic Festival titles – and a world team championship.

But Meili’s career highlight came in 1992 when she not only became the first American to win a gold medal in smallbore rifle shooting, she set three Olympic records.

Between her stints in 1988 (Seoul) and 1992 (Barcelona), she is still the only U.S. woman to participate in both smallbore and air rifle shooting events in back-to-back Olympics.

Peters was one of the all-time Washington high school greats in distance running, leading her school to the 4A cross country crown, and capturing that 1,600 title in 1983 (4:48.2).

But her career really took off once she went to college, setting running records at Montana and Oregon.

Peters went on to run in the 1990 Goodwill Games and the 1992 Olympics in Barcelona.

Stacy Clinesmith, Mead (basketball) – WNBA veteran (and ex-3A state player of year) might, inch for inch, be toughest player to come out of city.

Mary Lou (Petty) Skok, Lewis and Clark (swimming) – Set national records in the 1930s before placing fourth in the 400 free at 1936 Oympics.