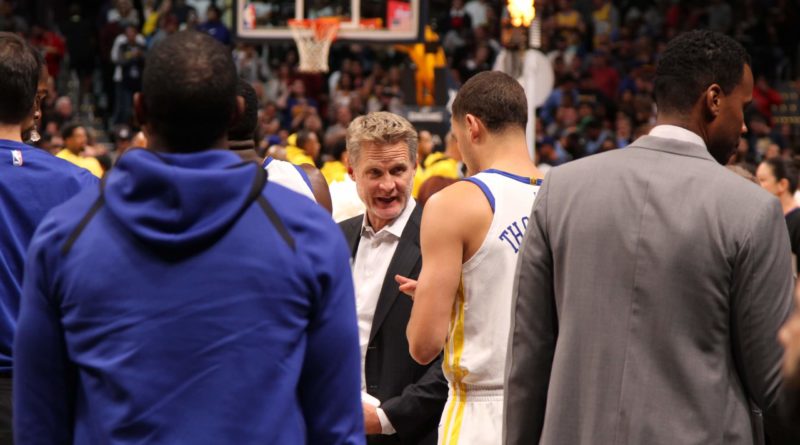 Years had passed, and Dan Dickau had to finally spill the beans to Steve Kerr.

When the Golden State Warriors coach and eight-time NBA champion joined Dickau for an interview on the Scorebook Live Today podcast, Dickau recounted a story from 2002 when Kerr received a prank call from somebody professing to be organizing a youth basketball camp who was requesting his services — for charity.

As Dickau chronicles, the call got weirder and weirder, but Kerr remained a good sport.

Here is the excerpt. Listen in starting at the 22:07 mark:

Dan Dickau: I have to come clean with a confession to you, Steve. We met for the first time my senior year after playing at Gonzaga. And Mark Bartelstein was both of our player agents. He set up a round a golf for us. We went and played golf and you became kind of a sounding board as I was choosing an agent. Do you remember playing nine holes in Heron Lakes years ago?

Steve Kerr: Sure do. Sure do.

Dickau: That was a good day for sure. But the reason I asked the media question is because as a college student at Gonzaga, there wasn’t a lot to do. You’re in the gym, you’re hanging out with your buddies, and one of our friends — this was in the day and age of prank phone calls — he found my phone while we were in Las Vegas, for my bachelor party, and he prank phone called you. His name was JB Broward.

I don’t know if you’re gonna remember, but this shows just how great of a guy that you were. He prank phone called you and said that he had a basketball camp that he was running for special needs kids in Yacolt, Washington, which is about 40 minutes from Portland, and you were the most gracious, listened to his entire story, and you said ‘I’ll do everything that I can to help you.’ And then he got going more and more with a story of needing you to bring your teammates and you said ‘I’m not going to ask my teammates. I’m not gonna ask them to be involved. But I will be there to support you as best I can. Because I think what you’re trying to do for kids in the area is great.’

This conversation got weirder and weirder, and I was 20 feet away and just shaking because he took my phone and did this. Right? At the end of the conversation, you said this: ‘I don’t know if this is a true phone call or not anymore, but if this is real, call me in one week. I will be a part of your basketball camp. If this is not true, and this is a prank, this is the funniest thing I’ve heard in a couple weeks. I appreciate it.’

Kerr: [Laughs] Fantastic. So that was your bachelor party?

Dickau: Yeah, I had to come clean. That’s a friend of mine in college. His name’s Eric Edelstein. He’s now a comedian, he works as an actor in Hollywood. If you’ve seen Jurassic World, he’s the security guard guy that gets eaten by a dinosaur.

Kerr: Nice. He deserved it for the prank he pulled on me.