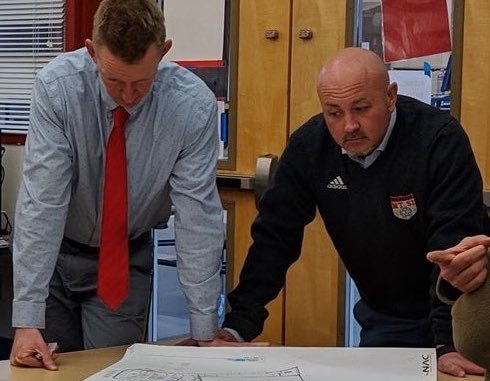 Mount Si High School athletic director Darren Brown is stepping down from his post after three years, he announced earlier this week in a letter to to students, staff and the Mount Si community.

The news was first reported by the Snoqualmie Valley Sports Journal.

Brown cited a desire to spend more time with his family, namely his 11-year-old daughter, as a reason he’s stepping back. He will return to the classroom to teach both physical education and sports marketing, both of which he’d taught prior to becoming AD.

In 2019, he stepped down as the boys and girls soccer coach after surpassing 250 total wins.

During Brown’s three years overseeing athletics at Mount Si, the school has achieved notable success on a statewide stage. In his final season as the boys soccer coach, the team finished 4A state runners up in 2019. The football team made an underdog run to the 4A state semifinals as an 11-seed in the fall and the boys basketball team brought home a 4A state championship in March.

“I am confident that the bar of excellence will continue to soar to new heights at Mount Si High School and that there are a lot of great things to come from all our students this next year and beyond,” Brown said in the letter.

A timetable for hiring the position was not immediately announced. The job opening has not been publicly posted.