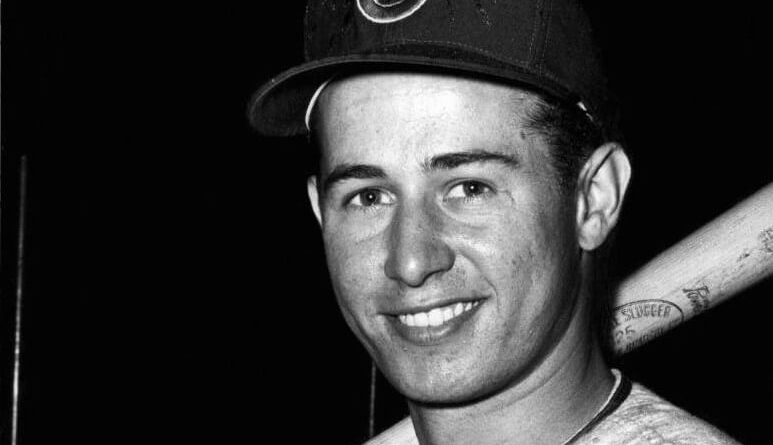 BY TODD MILLES AND ANDY BUHLER

There are 39 counties in Washington, and we’re on a mission to find the best athletes — male and female — to come out of each one.

Scorebook Live reporters Todd Milles and Andy Buhler — along with help from coaches, fans, media and local sports historians — have put together their lists of the best athletes to emerge from every county in Washington. They looked back as far as the turn of the 20th century, and they examined the totality of each athletes’ career, not only what they did in high school.

Our first county is the most populated one in the state — King County. Take a look at Scorebook Live’s list of the top male and female athletes to ever come out of King County and cast your vote in the polls.

BEST MALE ATHLETES TO COME OUT OF KING COUNTY

The Seattle native and Franklin High School graduate is the best baseball player to ever come out of Seattle. The third baseman was a nine-time all-star, five-time Gold Glove Award winner and was voted into the Baseball Hall of Fame posthumously in 2012. In his 15-year MLB career, 14 of which he played with the Chicago Cubs, Santo led the league in double plays for six of them. He was a part of the WIAA’s first class of Hall of Fame inductees in 2004. Santo died in December 2010 at the age of 70.

Robinson was one of the most intriguing athletes in NBA history. Standing at 5-foot-9, the guard made a name for himself with his high-flying dunks and impressive highlights — including blocking the league’s tallest player, Yao Ming — during an 11-year journeyman career. Before that? He was a three-sport standout at Rainier Beach. He was the Washington state player of the year and won a 3A state title in basketball in 2002 before going on to star as a two-sport athlete at the University of Washington in football and basketball.

Ohno is, bar none, the most decorated athlete from the state of Washington on the world stage. The Seattle-born Olympian went from the youngest person to win the U.S. Senior Championships in the 1,500-meter at age 14 to an eight-time Olympic medalist across three Olympics Games. He was inducted into the U.S. Olympic Hall of Fame in 2019.

Notable stats: Led the National League in strikeouts for three years (2008 to 2010).

Nicknamed “the freak” for his wiry 5-foot-11 frame and unrelenting power, Lincecum became the first pitcher to win back-to-back Cy Young Awards in his first two full seasons in MLB (2008 and 2009). He won three World Series championships with the San Francisco Giants over the course of five seasons, was a four-time all-star and tossed two no-hitters against the same team. He was drafted 10th overall by the Giants in 2006 to become the first University of Washington baseball player picked in the first round. He led Liberty as a senior to a 3A state title in 2003.

Red Badgro, Kent High School (baseball/football/basketball) – Was a three-sport athlete at USC and an all-Pacific Coast first team selection in football and basketball, and led the baseball team in batting average and runs. He played 10 seasons in the NFL, and several seasons in MLB.

Ted Garhart, Garfield High School (rowing) – Undefeated as the stroke on University of Washington’s storied crew teams in 1940-1941 before being drafted into World War II.

Chip Hanauer, Newport High School (hydroplane) – Considered one of the best hydroplane racers of all time with 61 career victories and 11 gold cups.

BEST FEMALE ATHLETES TO COME OUT OF KING COUNTY

Akers’ combination of unmatched physicality and fierce competitiveness made her the first true American soccer star. The three-time high school All-American led Shorecrest to a state title in 1983, and she went on to become a four-time All-American at Central Florida University.

In 1991, she established herself as a big name on the international stage by leading the U.S. women’s national team to the World Cup title. She set a national single-season record by scoring 39 goals in 26 appearances – 10 coming in the World Cup tournament.

Notable Stats: Carner won 49 professional tournaments, including 43 on the LPGA Tour, which ranks her No. 8 all-time.

When you’ve accomplished something in golf that only Tiger Woods can match – you deserve to be mentioned among the greatest to ever tee it up.

A quick-study big hitter off the tee, Carner won the women’s city championship in Seattle at age 14 – a year after she picked up the sport. She went on to do something no female golfer has ever done – capture the U.S. Junior Girls, the U.S. Women’s Amateur (five times) and the U.S. Women’s Open (twice). Only Woods has done that on the men’s side.

Carner, a three-time LPGA Tour player of the year, was inducted into the World Golf Hall of Fame (1982), and is also the oldest woman to make a cut at an LPGA Tour event – at age 65 in 2004.

When Crawford ran, it was like watching a locomotive steam down the track. She was fast. She was powerful.

After establishing herself as the state’s greatest high school short-distance hurdler, Crawford went on to win a pair of NCAA Division I outdoor women’s individual track titles at USC. In 2006, Crawford was the country’s top 100-meter hurdler, capturing the NCAA title in a world-leading 12.48 (she had already eclipsed Gail Devers’ collegiate record in the semifinal heat). At the end of the year, she was given the Honda Sports Award as the nation’s top female collegiate track and field athlete.

Crawford also won two U.S. national titles in the 100 hurdles, and was a member of Team USA on four world championship squads.

Notable Stats: In leading the Bulldogs to the state title in 1980, she averaged more than 35.0 points per game.

In Seattle’s basketball-rich Metro League, you can make a case that, boy or girl, Walker is the league’s best product ever.

She is widely considered the best girls basketball player this state has ever seen – a pure scorer so ahead of her time, it seemed as if she was playing by herself (and was part of the WIAA’s inaugural hall of fame class in 2004, as well as a member of the NFHS hall of fame).

As a two-time All-American at Louisiana State, Walker set the NCAA Division I women’s record for made field goals (1,259), and is No. 17 all-time in college basketball history in points scored (2,906; also LSU’s all-time mark).

After a stint with the Harlem Globetrotters, she returned to lead her alma mater to a state championship as the girls coach in 2005.