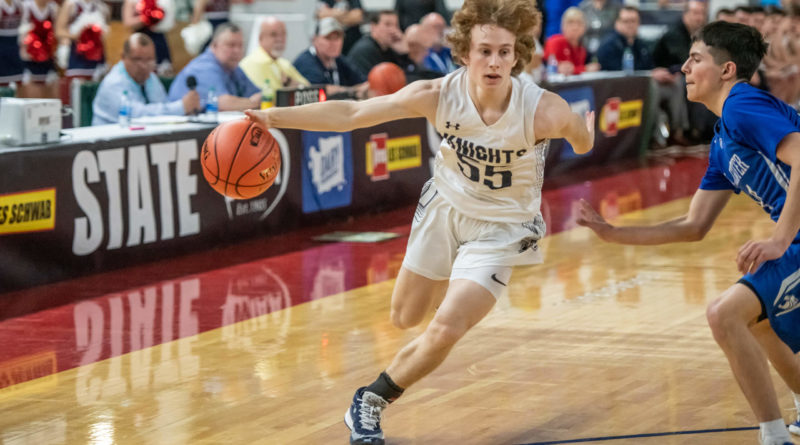 Metz’s family is in the process of moving into the Union boundary. Bryson’s father, Matt Metz, said the decision is what’s best for the whole family.

Metz suffered a fracture in his foot that kept him out for much of the second half of the regular season, but returned and put up several 20-plus point performances in the postseason. He helped lead the Knights to the 1A state quarterfinals in March. The crafty 5-foot-9 floor general was also a first team all-league selection in football at receiver and defensive back.

Metz starred as a point guard immediately as a freshman for the Knights and was a key figure in their run to the 1A state championship game as an 11-seed in 2019.

Union is coming off of an undefeated regular season and third-place finish in the 4A state tournament, and will be tasked with replacing several key contributors, including WIBCA’s Mr. Basketball Tanner Toolson and point guard Brad Lackey, a Whitworth commit.

King’s Way coach Daven Harmeling was “shocked” when he found out Metz was leaving, but wishes him the best.

“He’s going to be a terror at the 4A level. Anyone who thinks differently is sorely mistaken,” Harmeling said. “Amazing kid, had a really positive impact on my life. I love him, I believe in him.”