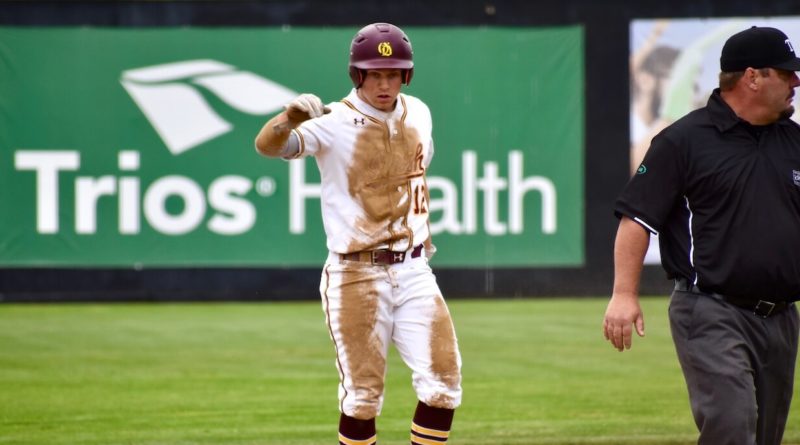 The 2020 Washington high school spring sports season has been canceled (COVID-19) and these infielders won’t have a chance to show off their skill. But they deserve to be recognized.

In a deep pool of talent, which infielders have had the greatest impact on the high school stage at their respective position coming into the 2020 season? On the recommendations of baseball coaches throughout the state, here are 20 standout high school infielders — both corner and middle — from across Washington, spanning all classifications.

The Washington State commit is the second-ranked shortstop in the state’s class of 2021. “Defensively his actions are as good as anybody in the northwest,” Puyallup coach Marc Wiese said. His high baseball IQ and hitting prowess separate him.

He’s the top senior in the state, according to Prep Baseball Report and the USC commit lives up to the hype. Just ask opposing coaches. “He’s the real deal,” said one opposing coach. Clow’s hands separate him defensively, he can hit and, when needed, throws in the low 90s.

He’s aggressive at the plate, almost always looking to hit the first pitch and Corl’s athleticism and smoothness separate him. He was moving from short to third base for the defending 3A runners-up O’Dea, and projects at second base next year at University of Washington.

University of Washington head coach Lindsay Meggs sees Fontenelle as the most accomplished hitter in the state’s 2020 class — and there’s ample reason to back it up. Fontenelle, a switch-hitting shortstop, hit .320 with 22 RBI and a pair of home runs as a junior and is the second-ranked senior in the state, per Prep Baseball Report. “Cole does everything and makes it look right,” Skyline coach Brandon Hemphill said. “I’ve had other infielders in the past who do things maybe as well as Cole does, but it doesn’t look as Cole.”

Gabbert is headed to Boise State as a hard-throwing pitcher, but the dual-sport standout is a great all-around player and could very well be a ready-made college infielder. “His glove work is crazy,” said Central Valley coach Jeremy Maupin. Gabbert saw a lot of time at third base for the Bears.

The Everett Community College pledge stands at 6-foot-7, and has separated himself as a corner infielder. An all-area selection at first base by The Olympian, Gaither was also a 2A all-state selection and played a big part in Tumwater’s state run.

Guerrero is one of the state’s top hitters, hands down. The Washington commit belted six home runs as a junior, hit .402 and headlined the preseason favorite entering the since-canceled 2020 season. “AJ freakin’ mashes,” Fife coach Shane Nixon said. “He hits to all fields, hits with power, is a good bad ball hitter.” Need proof? He hit a three-run home run in a regional title game off of a low curveball.

The 6-foot-2 Washington signee hit .468 as a junior, can “absolutely rake,” says an opposing coach, and he’s still growing. Jarrell, a multi-sport standout, was an all-state selection as a junior at first base, and has several years of state tournament experience.

Johnson is a third baseman who received all-state honors as a junior, and is a Yakima Valley CC commit. He was also the school’s quarterback — and a good one, at that, earning first team all-EvCo honors.

Lindgren, a sure-handed first baseman, was a true utility on Moses Lake’s 4A title run in 2019. Originally committed to Gonzaga, Lindgren has options for where he’ll play in college, and is weighing all of them.

Lipscomb stepped in as a freshman with a swing smooth enough to turn heads. The sophomore shortstop has the athleticism already and should only improve defensively.

A first baseman and pitcher for the Bruins, McBride hit .373 with six extra base hits en route to a league title. The Everett CC commit’s strong junior season earned him all-area first team honors by the Everett Herald.

The Washington commit only had a year to prove himself on the high school stage, and made the most of it in the infield for the Rebels. He’s the top-ranked shortstop in the state’s 2022 class, per Prep Baseball Report.

Can you believe Russell has only struck out twice over the past two seasons? Curtis coach Bryan Robinson can after seeing it up close. He says Russell’s feel for the game makes the complex plays look easy and, more importantly, “makes the game look like so much fun.” The senior shortstop will play for Washington State next season.

A Portland commit, Shipman hits with power and was a leader for West Valley. He was a first team all-Greater Spokane League selection as a junior.

A versatile corner and middle infielder, Skansi is a Utah signee who is ambidextrous and was a multi-sport standout for the Tides.

Suzuki was a leader among an experienced core of returners for the Crusaders. He was slated to move over to shortstop for EC in 2020 and is committed to Hawaii.

The shortstop is an Oregon commit, and put together a strong junior campaign for the Wildcats. His .465 average was a league-best and he only struck out twice all season.

He could be a corner infielder — Yang played first base at Kentwood before transferring to Puyallup. And he could be a middle infielder. The uncommitted junior has a natural swing and put on 20 pounds of muscle in the offseason to add power. “He’s a stud,” Vikings coach Marc Wiese said. “Does a little bit of everything.”