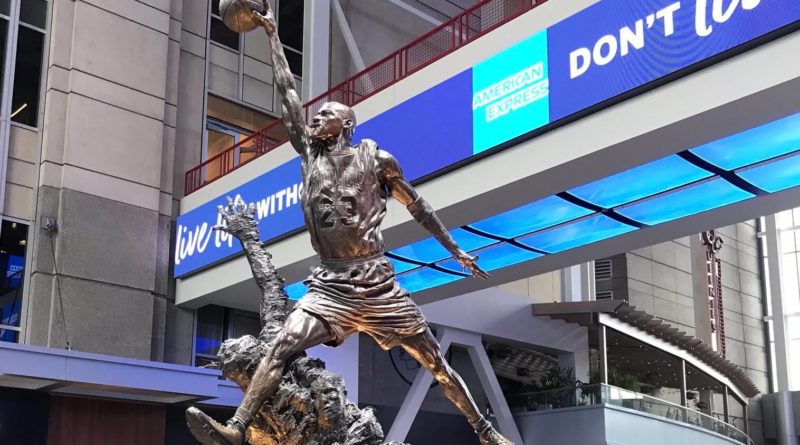 Steve Schanwald, who spent 28 years running the Chicago Bulls’ marketing department, “got to experience everything and anything that came with being a part of the Michael Jordan era.”

Schanwald, who retired in 2015 as the Bulls’ Executive VP of Business Operations, recently joined Dan Dickau’s Scorebook Live “Quarantine Series” podcast for a wide-ranging discussion about high school sports, the NBA, the Jordan era and much more.

With ESPN’s new documentary, “The Last Dance,” bringing Jordan’s storied career back into the spotlight, Schanwald offered fascinating insight on what it was like on the inside of Jordan’s circle.

You can listen to the full podcast with Schanwald here. Here are some Jordan stories Schanwald shared:

DICKAU: You were literally in Chicago at the start of what I consider the greatest sports career ever (Michael Jordan). How did you and your team … maximize (Jordan) being a part of the Chicago Bulls organization?

SCHANWALD: Yeah, well, it didn’t take a lot of effort. I mean, all the attention and his abilities. The fact that every single one of our games is on TV and that we were on SportsCenter every night. That stuff kind of took care of itself and we didn’t really have to add to it.

I think one of the things that I tried to do with Michael was to just stay out of his way and to ease the burden on him as much as I could, because he had so much pressure coming at him from all different sides. Literally from the time he would walk into the United Center or Chicago Stadium when he first got there, he would be surrounded by an entourage. And I’m not kidding when I say there would be about eight people around him and then everybody would be tugging at him.

And so really what I tried to do, being in charge of marketing and business operations, was really just to stay out of the way and ask as little of him as possible.

We got to a point where we were selling out every game, obviously, because we had the greatest basketball player that ever lived — that was becoming readily apparent. We had not started to win championships yet. We hadn’t gotten to the point where we won six (championships) in eight years. It could have been eight in a row if Michael didn’t retire the first time.

So it was really to two things: One was to stay out of his way, ask as little of him as possible. And the second was, how are we going to prepare for the inevitable day when the music would stop, we would stop winning championships and Michael would retire for whatever reason. And we knew that day was coming.

DICKAU: Do you have one Michael Jordan memory, whether it’s an off the court conversation you had, whether it’s a play that he made, that would just be really insightful to just how dominant he was?

There was never a guy that I saw with a more relentless work ethic. … And you see this in all the great ones. I think it’s funny how the great players are all like this. The hardest (working) players on the court for any team that I’ve ever observed and that I’m sure any team you’ve ever been associated with, Dan … without fail are always the best players on the team. The best players always seem to have the greatest work ethic. And they’re the people that don’t need to have that great work ethic. But they do.

His smile could light up a room. I don’t know exactly what it is. I’ve heard Charles Barkley say this. I don’t know what it is, but I know it when I see it. Michael Jordan just had “it.” His smile, his personality. He took over a room whenever he walked into it.

I remember after we lost Game 1 of the 1991 NBA Finals at home against the Lakers, then we ended up winning game two … and that was the game where Michael was going up and James Worthy, I think it was, came over and was going to block his shot and Michael then went up with his other hand and and put it in with the other hand, it was like one of those jaw-dropping moments. … And I remember we were tied 1-1 and going back to L.A. And I remember how down we were after we lost the first game and then we won the second one in resounding fashion. And Michael basically guaranteed us when we were walking on the plane … he basically was telling everybody not to worry about it. He had a big cigar lit. He said “we ain’t going to be coming back to play another game here in Chicago. We’re gonna win three in a row out there.” He basically guaranteed it. And he backed up his words.

Now, this is against the Lakers who had just come off a decade of dominance in the 80s along with the Celtics and had Magic Johnson and and James Worthy. … His overall confidence and relentlessness just always stood out to me.