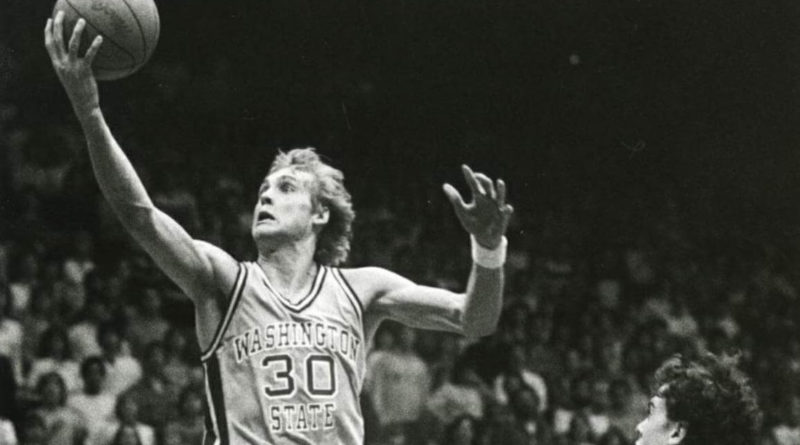 Within the long-running annals of the NBA’s all-time magical moments, it was known simply as, “The Shot.”

Six-time NBA champion Michael Jordan sank it (and sank many hearts in Cleveland because of it).

And a guy who now lives in Spokane is the one over which Jordan drilled it.

That would be Craig Ehlo, a Texas native who was drafted into the NBA out of Washington State University in 1983 – and played 15 seasons for four different teams.

Many older NBA fans can recall ‘The Shot’ – Jordan’s 1989 series-clinching jumper with Chicago over the Cavaliers – with ease.

But now, with ESPN’s new documentary, “The Last Dance,” profiling Jordan’s career with the Bulls, underway, a whole new generation of the nearly 6 million viewers who will tune in will experience that moment for the first time.

Ehlo, now 58 and currently a color commentator for WSU basketball games, has had almost 31 years to chew on it.

“It always leaves a sour taste – we were the better team at that point,” Ehlo said.

As Ehlo points out, both franchises were like “two different ships sailing” in contending waters, passing by each other.

Chicago was just adding to its championship nucleus. While Jordan was in his fourth season out of North Carolina, forwards Scottie Pippen and Horace Grant were rookies, and veteran center Bill Cartwright was in his first season after arriving in a trade from New York.

But in the best-of-five conference playoff, both teams had won two games apiece, with the series finale shifting back to Cleveland.

But before that, it was Ehlo who easily could have been the series hero. His short runner in the lane past Jordan gave the Cavaliers a 100-99 lead with three seconds remaining.

After a second timeout, Cleveland drew up a specific strategy to disrupt Jordan.

“We saw Michael at the top (of the key), and everybody else on the baseline, so we knew he was going to get the ball,” Ehlo said. “So we took the defender off the ball, which was Larry (Nance), and decided to double-team him.”

Jordan juked Nance going right, then made his way back left toward the key. Ehlo came at him, arms outstretched to try to distract the free-throw jumper.

“When he stopped and pulled up for the (jumper), he went straight up,” Ehlo said. “I was running … and he waited for me to go by him, and then let go of it.

“I could have poked him in the eye … but I was like E.T. on the bike going by him, and that was it.”

Jordan’s shot was flat, but on the mark. He rattled it home to eliminate the Cavaliers, sending Ehlo sprawling to the sideline in disbelief, arms over his head.

It’s a sequence firmly etched in Ehlo’s memory – and one that he has only spoken to Jordan about once in the years that followed the game.

It happened at one of Jordan’s youth camps in 2003 in Santa Barbara, California. Ehlo’s son, Austin – a Lewis and Clark High School graduate who played football and basketball at Whitworth University – was a fifth grader in attendance.

Jordan recognized Austin during an autograph session, and motioned for Ehlo to join them.

“He asks Austin, ‘What did your dad tell you?'” Ehlo said. “So we got to tell (Austin) each side of the story.”

A story that will forever be talked about in NBA history.

“In my book, he will always be the greatest player in the NBA,” Ehlo said.