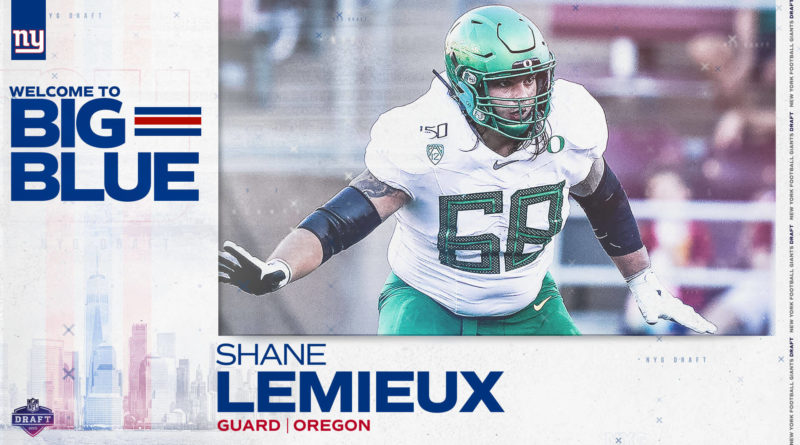 Shane Lemieux was the ring-leader for a talented University of Oregon offensive line – and now he goes to an NFL team rebuilding for the future.

Overhauling their offensive line in this 2020 NFL Draft, the New York Giants selected Lemieux early in the fifth round – at No. 150 overall.

“The Giants received great value with a ‘Steady Eddie’ type,” NFL Draft analyst Rob Rang said. “He is not an elite athlete, but he’s smart, strong, tough and highly dependable.”

When Lemieux hit his growing spurt as a junior in high school, and really got into weight-lifting, one of his favorite activities was “putting his four-wheel truck … in neutral, and pushing it around,” former West Valley coach John Beck said.

By the time Lemieux was a senior, and Pac 12 schools were visiting the school to recruit the teenager, Beck said he knew the school might have its first ever NFL draftee. He was correct.

And Lemieux goes to an NFL team that made offensive line its top priority in this draft.

The Giants selected two offensive tackles over the first two days of the draft – Georgia’s Andrew Thomas in the first round (No. 4 overall) and UConn’s Matt Peart in the third round (No. 99 overall).

Lemieux (6-4, 310), a two-time All-American, graded out as one of the best offensive guards in the country, particularly in the run game – which is great news for Saquon Barkley, one of the up-and-coming running backs in the NFL.