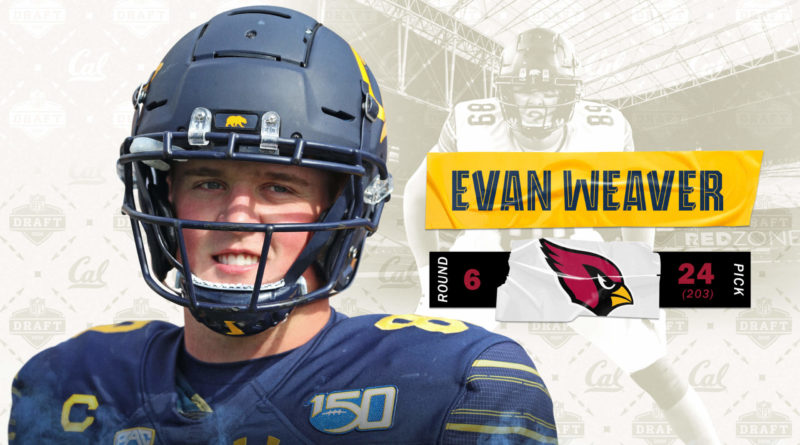 People who have coached or watched Gonzaga Prep product Evan Weaver joke he can find the football blind-folded.

That nose for tackling has landed the Cal record-holding linebacker an NFL job – to the Arizona Cardinals in the sixth round (No. 202 overall).

In fact, nobody in college football has registered more tackles the past two seasons than Weaver – 341, including a Pac 12-record 182 last season.

Longtime NFL Draft analyst Rob Rang said Weaver was dinged by a slower-than-expected 40-yard dash time at the scouting combine, but added “his instincts make him faster on the field.”

Weaver, an all-state high school defensive end in 2015, is the first Gonzaga Prep player drafted in the NFL since running back Bishop Sankey in 2014 (second-rounder to Tennessee).