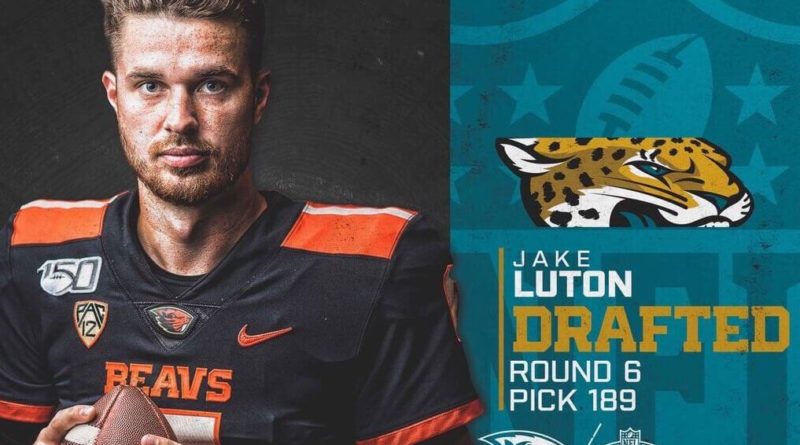 Marysville-Pilchuck High School’s Jake Luton had one of the more interesting roads in football over the past few years.

He started in a Wing-T offense in high school. He spent one season with the university with which he initially signed – Idaho. He then transferred to Ventura College before finishing up last season at Oregon State.

And now he is a sixth-rounder in the NFL, to a team that needs quarterback depth – the Jacksonville Jaguars.

“He has NFL size, and the arm – and obviously put up good eye-popping stats in OSU’s scheme,” 20-year NFL Draft analyst Rob Rang said. “He’s viewed as an ascending talent, and goes to a Jaguars teams with questions at quarterback.”

The last Oregon State quarterback drafted was Sean Mannion in 2015 (third round to the St. Louis Rams).