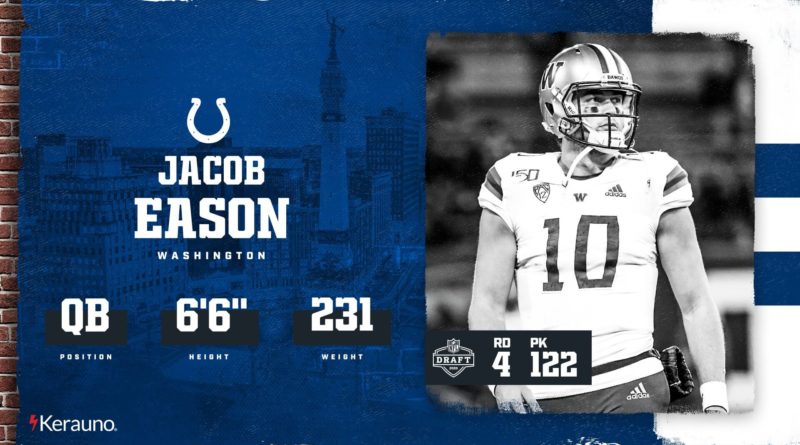 Jacob Eason will take his nuclear arm to an NFL team that signed a version of him in the offseason.

The Indianapolis Colts selected Eason, a Lake Stevens High School product, in the fourth round of the 2020 NFL Draft – No. 122 overall.

Many NFL Draft pundits had Eason, who played at Georgia and last season at Washington, as a second-round pick.

“That said, I love the fit in Indianapolis.”

Also, his coach – Frank Reich – is a former NFL quarterback who runs a passer-friendly offensive scheme.

Eason said he idolized another former Colts quarterback – Peyton Manning – growing up, and said he is excited to head to the NFL team he rooted for as a youth.

“I am very excited to get started, get there and meet those guys,” Eason said.

Eason is the 16th quarterback from the University of Washingtonn selected in the NFL Draft – and first since Jake Locker went No. 8 overall to Tennessee in 2011.