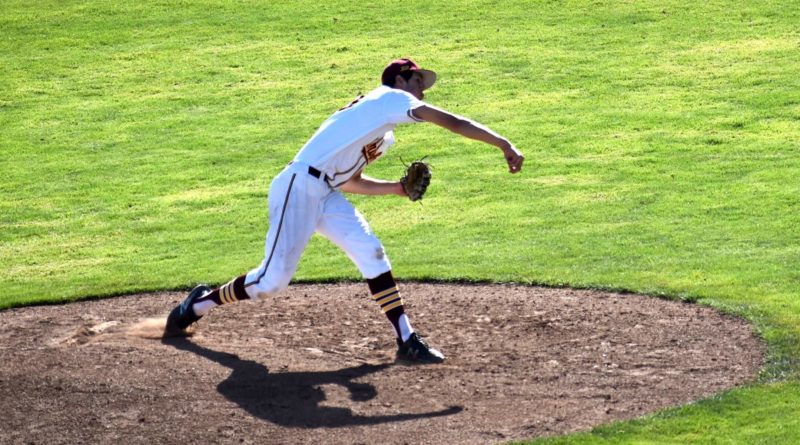 The 2020 Washington high school spring sports season has been canceled (COVID-19) and these pitchers won’t have a chance to show off their skill. But they deserve to be recognized.

In a deep pool of pitching talent, which pitchers have had the greatest impact on the high school stage coming into the 2020 season? On the recommendations of baseball coaches throughout the state, here are 20 standout high school pitchers from all corners of Washington, across all classifications.

Barnum, a Washington State commit, helped Skyview to the state semifinals as a junior. He’s healthy, aggressive on the mound and was poised for an impactful senior year in more position than one, but perhaps especially on the mound.

Not many Owen Bishops come along in a generation. The Arlington ace and South Dakota State commit is undefeated over the last two seasons. He leads with a tough fastball, locates well and has a reliably good breaking ball. It helps that at 6-foot-3, Bishop is naturally a great athlete.

Brandenburg hit a district walk-off homer in the 2B state regionals as a freshman, then led Kalama to a 2B title appearance and a runner-up finish as a sophomore. Brandenburg, an Oregon commit, should flourish for the Chinooks as a senior in 2021.

Buchea, a hard-throwing right-hander, is a Washington State commit. He has a tremendous work ethic and WSU assistant coach Terry Davis lauds him for his mechanics.

Debiec’s whirlwind offseason started with committing to Washington over the summer. By September, he was hosting pro scouts who were intrigued about the 6-foot-6 righty whose fastball sits in the 90s, has a filthy curveball and plays with moxie. “I’ve never seen him back down from anybody,” O’Dea coach Mike Doyle said.

With Francis, a 6-foot-2 right-handed pitcher, the Spartans and its trio of D-I pitchers were capable not just of making it out of a cutthroat Metro League, but also making a deep run in the state playoffs.

As a junior, Hoeft fanned batters at a rate that was probably unmatched. At one point, the Washington State commit went 28 consecutive innings without giving up an earned run and tossed several no-hitters.

The University of Washington signee was set to headline a loaded Puyallup team, and heads to Montlake with command, a reliable fastball and solid off-speed pitches.

Two years after a clutch nearly seven no-hit innings in a district title game, Matter, a Washington commit, has developed a fastball that touches around 90 and honed his command.

McAdams plays with a fire and has been dealing for more than a year in a Metro League loaded with top talent. The 6-foot-4 Washington commit is the state’s top-ranked pitcher in the 2020 class, according to Prep Baseball Report.

The returning 2B state player of the year deals a fastball in the low 90s, boasts several strong off-speed pitches and was set on bringing Tri-Cities Prep its second 2B state title in three seasons before heading to the University of Oregon.

Nelson was poised for a big senior season after spending much of his junior year recovering from various injuries. The 6-foot-4 right-hander with a three-quarters arm slot and a reliable changeup and slider is headed to Oregon State.

There’s a road behind Central Valley’s field that the team didn’t know about until they retrieved a ball Phelan blasted there on a deep homer. On the mound, Phelan is a bulldog 6-foot-2 lefty with a power fastball and a mean side-eye. Oh, and he’s the reigning 1A state player of the year.

Rubash is a big, 6-foot-4, physical pitcher with a looming presence on the mound and the command to match it. A 4A all-state selection as a junior, Rubash, a senior, is headed to Oregon.

In Sinclair, the Papermakers boasted an arm that could take them far. The Seattle U commit has elevated his fastball into the low-90s, and boasts a 6-foot-4 frame.

An intense presence on the mound, Smith won’t wow you with velocity. Instead, the Gonzaga commit will give you his fastball that “moves like crazy,” per pitching coach Manny Melito, and flash command that helped deal a six-inning shutout as a freshman in a loser-out game last season.

The University of Washington commit is a two-time 2A state champ, pumps a fastball in the low 90s and has proved himself against some of the top 2A programs in the state. And he’s hard not to root for.

Wild, the 3A South Sound Conference MVP last season, boasts solid command. The Gonzaga commit helped lead the Tides to a 3A state semifinal appearance in 2019.

He’s a looming presence with a fiery fastball that tops out in the low 90s. The 6-foot-4, 210-pound Giblin, an Oregon State commit, is a key member of a pitching rotation littered with Division I talent.

If there are any glaring omissions, please reach out to andy@scorebooklive.com.