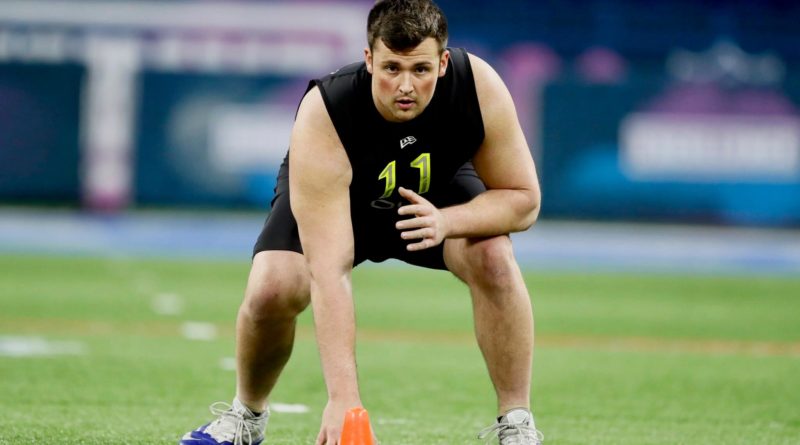 Perhaps the most fitting thing to happen in Ezra Cleveland’s young, budding football career was that he played his last game with Boise State in Las Vegas.

It was then he decided to double down on himself in entering the 2020 NFL Draft.

And that gamble is close to paying off.

In a deep class of Washington state products, Cleveland – a 2016 graduate of Bethel High School – might be the only one realistically who could be selected on the first day (Thursday) of the NFL Draft.

That would land the prized 6-foot-6, 311-pound offensive tackle in the first round, which he said has always been a goal of his.

“But all I need is a chance,” Cleveland said in a teleconference from Boise, Idaho on Monday. “Going in the second round or whatever, they’ll see who I am as a person and how I play. Overall, it’s not going to matter at the end of the day.”

What NFL scouts see in Cleveland is what Mark Iddins saw the first day he took over as the Bethel football coach in 2014: A big, light-on-his-feet athlete.

“He is so freakishly athletic for his size,” Iddins said. “He played center field in baseball.”

For whatever reason – a back injury that wiped out his junior year, or being in the same school district as five-star national recruit Foster Sarell (Stanford), of Graham-Kapowsin – Cleveland’s recruiting stock never took full bloom, even though he was an all-state defensive lineman as a senior.

“Honestly, I am happy with whatever in high school happened, happened – it put me at Boise State,” Cleveland said.

Cleveland was a stalwart at left tackle the past three seasons, making 40 starts – including 27 in a row. And he showed a great deal of toughness by playing through a nagging turf-toe injury that limited his full effectiveness last fall.

And after Boise State’s 38-7 loss to Washington in the Las Vegas Bowl on Dec. 21, he met with Broncos coach Bryan Harsin and offensive line coach Brad Bedell about his future.

“Everything was pointing toward me coming out,” Cleveland said.

Three days later, he declared himself eligible for the NFL Draft. And after a short trip home, he flew out to Dallas to start training with Brent Calloway, the performance director at EXOS which specifically focuses on NFL Scouting Combine testing.

It paid off. Cleveland – once projected as a third-day NFL prospect – posted some of the most impressive numbers in the NFL Combine’s 38-year history in late February.

Quickly, his draft status shot up – as high as being a late first-rounder.

“I have him as the No. 33 player overall,” said Rob Rang, longtime NFL Draft analyst who now works for Sports Illustrated and NFLDraft.com. “He’s been a pretty clean player, on and off the field. He was a three-year starter at Boise State, which is well-respected for its ability to product high-caliber players. And he worked out well at the (NFL) Combine.”

Since that combine, because of the COVID-19 outbreak, Cleveland has had up to 15 virtual face-to-face meetings with NFL teams.

He has been so well thought off over the past few weeks, he was one of 58 players selected to attend the NFL’s virtual draft.

How does Cleveland prepare for a draft he does not attend in person?

For starters, the NFL sent him equipment – studio lights, two cameras (with tripods) and a microphone – that arrived last weekend to set up at his home draft headquarters.

And he bought a custom-made suit for his smaller-than-usual NFL Draft party.

“I like to hold myself to a high standard,” Cleveland said. “I’d like to think my standard is higher than what coaches want me to do. When I do what I want to do, people are surprised.”