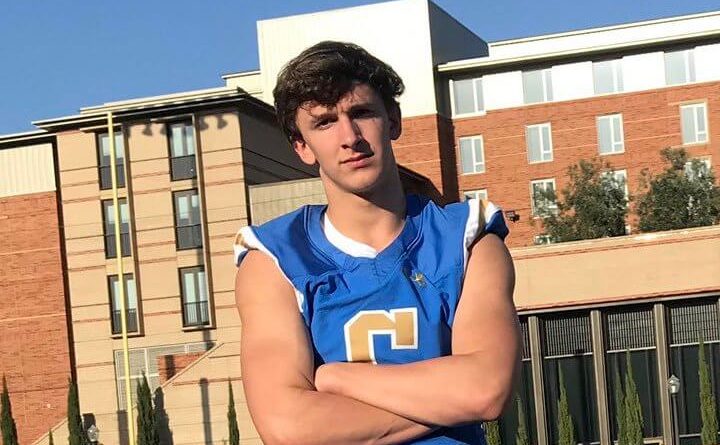 Josh McCarron was planning on committing to the University of California this week.

Out of the large list of schools vying for the Archbishop Murphy standout’s talents, it came down to three that saw him as an outside linebacker.

Then came a zoom call with Virginia, one he now labels the craziest, most impactful call of his life.

“It just blew me away,” McCarron said. “I don’t know how to describe it.”

Before McCarron, a junior who recruiting site 247 Sports labels a four-star, announced his verbal commitment to the University of Virginia on Tuesday afternoon, he called Archbishop Murphy coach Mark Leone, he called his trainers and described how Virginia laid out what his future could look like, on the field and in the classroom. When they were supportive, he knew he could trust his gut and commit.

Emma King, assistant AD for academics, described the opportunities provided by getting through UVA’s Darden School of Business and utilizing the school’s professional network.

McCarron was a force as a junior, earning first team all-2A Northwest Conference honors as the Wildcats went 8-3 before falling to eventual 2A state champion Tumwater in the state quarterfinals.

“No other school brought that,” McCarron said. “It was everything I wanted. They brought everything, and then some.”

Though he doesn’t have familial ties to the East Coast, McCarron felt confident about the adventure of going to school that far away from home. He’s never visited the campus in person, but a virtual tour left enough of an impression. And he’d been to the state when he took a visit to Virginia Tech.

The 6-foot-4, 215 pound junior, who plays defensive end and tight end for the Wildcats, had his fair share of choices, of which he had narrowed down to Virginia, Cal and Washington State. But he wanted the school where he could become the best all-around person. After Virginia’s pitch, he was certain.

“Honestly, I didn’t think I’d make it this far, but here we are today,” McCarron said in the live announcement.