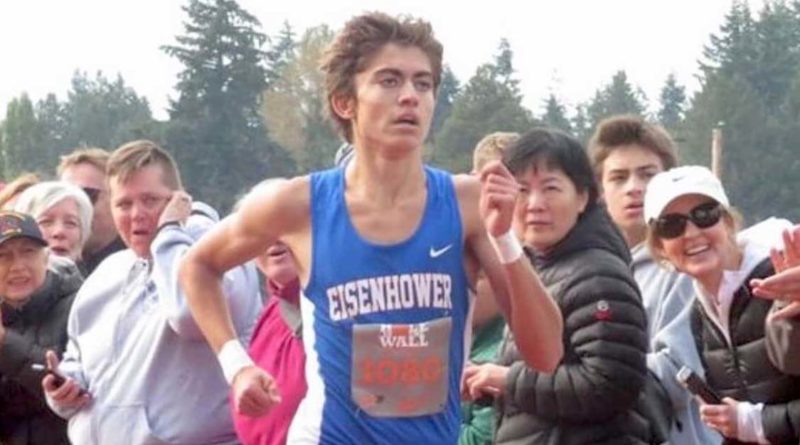 BY KEENAN GRAY, THE RUNNER

The finish we had at the end of the 2019 WIAA state cross country meet showed signs of what would have been a competitive track season for distance runners. From record-breaking performances to shocking upsets, this group of young men always put on a show when it came to racing against each other.

Because the 2020 Washington high school spring sports season has been canceled (COVID-19), these teenagers won’t have a chance to run this season. But they deserve to be recognized. Here’s a look at the top boys distance runners coming into the 2020 season.

Wil Smith made a huge comeback this past fall in cross country, winning the 4A state individual title after a disappointing end to his junior track season. With personal best times of 4:14.76 in the 1,600 meter and 9:07.01 in the 3,200 meter, the Gonzaga University signee would have been in the hunt for the 4A state titles in both events.

Brayden Packard is one of the best middle-distance runners for underclassman in the entire state. Packard ran personal best marks in the 800 meter at 1:54.22 and in the 1,600 meter at 4:17.14 as a sophomore. One of the early season contenders to win the 800 meter state title for 4A.

Last year’s runner-up in the 4A state 800 meter final, Brian Martinez comes in with the second fastest time in the entire state at 1:53.61, making him one of the favorites to win the 4A state crown in this event.

Even with an early season injury in cross country, Sam Geiger was a big key in helping the Camas Papermakers clinch their first-ever state team title in the boy’s program history. Last track season, Geiger made a big leap from his freshman season running personal best times of 1:55.94 in the 800 meter and 4:19.83 in the 1,600 meter.

Eliason Kabsenche was the defending 2A state track champion in the 1,600 and 3,200 meter races where he ran personal best times of 4:18.39 and 9:09.2 in the 2019 state meet. The University of Portland commit also won his second consecutive 2A cross country title this past fall and was hoping to capture a second distance triple crown title this spring (cross country, 1,600, and 3,200 state title in one season).

As an underclassmen, Isaac Teeples was not only one of the fastest freshmen in the entire state last spring, but one of the fastest in the state for all classes. Teeples ran personal best times of 4:21.24 in the 1,600 meter and 9:21.97 in the 3,200 meter.

Jacob Easton was ready to surprise a ton of people this spring after a second place finish this past fall at the 4A state cross country meet. The Washington State University commit ran personal best times of 4:14.56 in the 1,600 meter to place seventh at state, and 9:21.12 in the 3,200 meter.

With the fastest time in the entire state for the 800 meter at 1:53.53, Cayan Dibble was the top contender to win the 3A state title this spring after placing second last season. Despite not qualifying for state in the 1,600 meter, Dibble’s personal best time is 4:20.97.

Whether it’s in the 400 or the 1,600 meter races, Matthew Holme shows great strength and speed in anything he competes in. Holme ran an 800 meter personal best time of 1:55.95 and placed fourth at the 4A state meet. He also qualified for state in the 400 meter where he placed 11th running 50.95 seconds in the preliminary race.

The progression Tyler Hunter made in his senior cross country season was one that would have carried over to this spring and brought tons of success. Despite not qualifying for state last spring, Hunter ran personal best times of 4:19.87 in the 1,600 meter and 9:31.97 in the 3,200 meter.

Nathan Carter made a big jump from his junior cross country season placing 53rd at the 3A state meet, to placing sixth overall in his senior season, earning himself a spot on this list. Carter ran personal best times in the 1,600 and 3,200 meter races in 4:26.58 and 9:21.34.