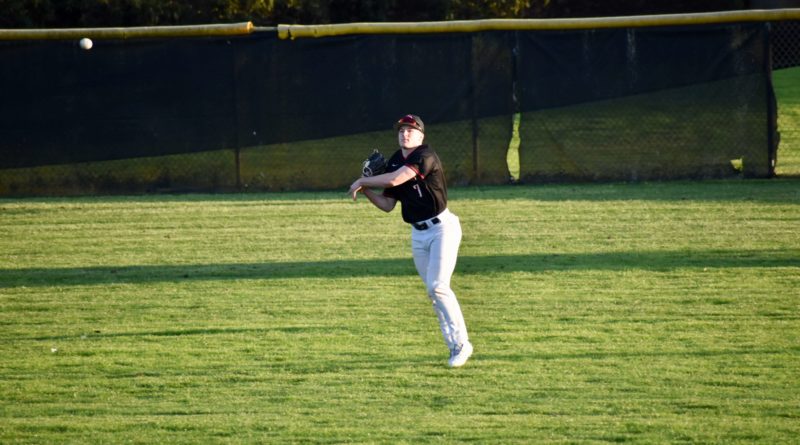 Tyler Forner’s routine now somewhat mirrors that of an offseason. Though he’s an early riser, he sleeps in a little bit later than normal.

He makes sure to get a workout in either with his squat rack and free weights at home, or at a field in Camas, where he trains with former Camas standout Grant Heiser, a freshman catcher at Seattle U, and Union grad Brady Whalen, a 22-year old first baseman entering what would have been his fifth season in the minors.

Forner, a senior outfielder for Camas High School, makes it a point to stay in shape during what should be his senior high school baseball season. After losing what he’d hoped would be a breakout season that would propel his MLB draft stock, he has also shifted his focus to finding a home next year.

Forner had several Division I college baseball offers and plenty of interest, but he made it clear he had his mind set on a jump straight into the pro ranks.

“The draft was up there. It was kind of my thing,” Forner said of his options after high school. “It’d be a dream come true to (get drafted) out of high school.”

The impacts of COVID-19 on high school baseball prospects are being felt far and wide since the high school and college seasons were officially canceled in recent weeks. After the NCAA granted an extra year of eligibility to seniors, it has created logjams on four-year college rosters. And after MLB announced the 2020 draft could be sliced to just five rounds, it has forced players like Forner, who turned down D-I offers because he wanted to go pro, to change plans.

“It impacted him more than any player in our county,” Camas baseball coach Steve Short said.

For players like Forner who are described as “late bloomers,” there’s no longer a senior year to elevate their profile. Forner, like many athletes across the state of Washington, is still coming to grips with that. The Papermakers felt like they brought back a state championship-caliber team.

“I had a lot of confidence my senior year was going to be a good one; put a lot of trust in God, he has a bigger plan,” Forner said. “Now, it’s just being able to stay patient. A lot of people come up to me wondering why I haven’t committed. I was confident I was going to ball out with my dudes senior year.”

And even if there was a way for scouts to see prospects, the draft will likely be much smaller.

MLB announced shortly after the suspension of its season that the draft might be moved from June 10 to July 20 and could be shortened from 40 rounds down to five. The maximum signing bonus for undrafted players will be $20,000.

That all but ends the chance of late bloomers around the country like Forner, a first team all-4A Greater St. Helens League selection as a junior, skyrocketing up the draft boards in the months leading up to the draft.

“Of course the hardest part to see is a guy like Forner, who had some pretty good goals in front of him as far as what he wanted from this, and it’s nothing he can control,” said Gregg Swenson, a longtime college baseball coach and Washington state baseball coaches association hall-of-fame selection. “It’s all gone now. Truth be told, that happens. Guys get injured. So it’s not the end of it for Tyler, especially if the draft is something he’s really looking at. He’s going to have plenty of opportunities to go to a JC next year.”

Forner, who was also an all-state linebacker for the 4A state championship Papermakers in the fall, could still try to go Division I, but he knows there are limited open roster spots, especially with many current seniors returning, in addition to incoming freshmen recruiting classes that have been established for months. Or he could play junior college baseball, which would allow him to be draft eligible year by year, instead of the three-year wait required by going Division I.

Forner knows he has options. And he says after seeing the size of some D-I rosters it has made him feel better about going the JC route to “focus one year at a time.”

In the meantime, he’s staying in shape physically. And mentally, he’s made it a point to surround himself with like-minded people with strong work ethics. That’s why players like Heiser and Whalen are, to him, such great role models.