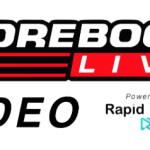 From Puyallup’s Olivia Ellingson to Jackson’s Jillian Hampson, there are a host of fast-roaming outfielders all around the state of Washington who can run, field and hit.

On the recommendation of coaches throughout the state, here are Scorebook Live’s top 10 outfielders in 2020.

The premier outfielder in Washington, this two-time all state first teamer has elite speed to burn – and she can hit (.593 BA, 10 HR, 1.116 slugging last season as 4A SPSL player of the year). Headed to Louisiana Tech.

Fogg has grown up in a batting cage, and the way she handles the bat – it shows. Last season for a 3A contender, she went from newcomer to No. 3 hitter in a good lineup.

Yes, she is a shortstop in high school, but has played outfield everywhere else – and likely will at North Dakota State. Her left-handed swing creates easy power (14 HR, .770 BA last season in 2A Olympic League).

Her defense is legendary in Snohomish County. In center field, this all-4A Wesco performer not only lays out to take away extra-base hits – she can unleash 72-74 mph throws with ease. A steal for Central Washington.

There is nothing wrong with being exemplary is every facet of playing the position – and this up-and-coming Seton Hall commit is. Last season, she hit .600 with 13 extra-base hits as an all-2A Olympic League first teamer.

If it’s boring, reliable defense you like, look no further than Lewis, who has made a name for herself as a 4A Wesco first teamer. Her combination of speed and smarts were very attractive to UC Santa Barbara, her next home.

It’s as if this 4A NPSL all-leaguer’s sole purpose in the batter’s box is to find a way on base (.557 BA last season). And this New Mexico State signee might not be flashy, but she is exceptional at reading a situation and executing.

Sablan has always been able to run, and she makes catches in center field others only dream of. But after posting another all-3A PCL first-team season (.636 BA, 17 doubles, 14 SB), she is now starting to flash a power stroke.

It’s nearly impossible to land a hit cleanly near the speedy Schultz’s direction in center field. And the Dixie State signee (.382 BA, .500 OBP, 11 doubles) hits for both average and power for the Grizzlies.

Taylor, a New Mexico State signee, is not only one of Spokane’s best softball players, she might be the most versatile. In high school, she plays catcher, but is so shifty, she plays center field – and all over the infield.