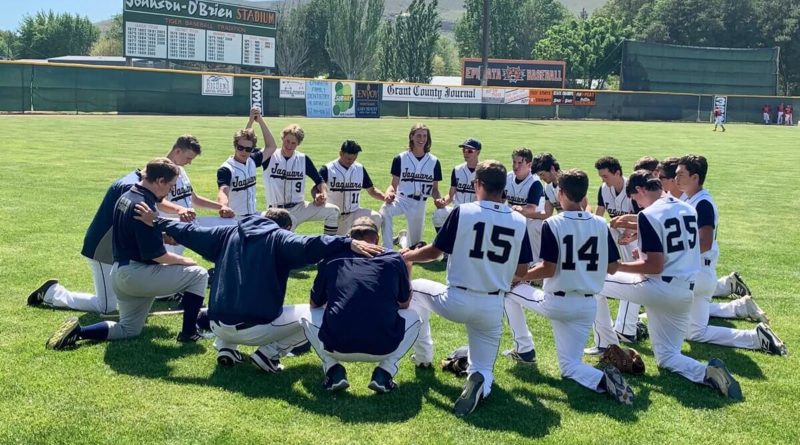 Here are Scorebook Live’s 2020 Top 10 rankings for Class 2B Washington high school baseball. Our class-by-class Washington baseball rankings are typically released every Monday throughout the season. With spring sports canceled due to the coronavirus, these will be our only 2B baseball rankings of the 2020 season.

Tri-Cities Prep was considered the favorite last season after winning the 2B title in 2018. After an early playoff exit, the Jaguars, led by Oregon commit Logan Mercado, were determined to win their second state title in three years. For that reason, the Jaguars occupy the No. 1 spot.

With perhaps the top talent in 2B in Oregon commit Logan Mercado back, Tri Cities Prep, led by a big senior class was determined to win its second state title in three years.

With Yakima Valley College-bound Justin Hudson back, as well as most of its roster from last year, Kittitas had a roster years in the making, and wouldn’t have been far behind the top spot.

After graduating four seniors, the Chinooks brought back much of its core, headlined by Oregon commit Thomas Brandenburg, a junior.

With first team all-state selections Conner Ashworth and Corey Jarrell back, the Todd Phillips-led Bears were poised for a deep run.

The Coyotes are young, but under great direction with a well-traveled first year head coach in Shawn Thompson.

Noah Renzelman was the No. 2 behind ace Devin Fry last season. This year, the Walla Walla CC commit’s arm could have taken the defending 2B state champs far.

Mike Allton’s Wildcats made a run to the quarterfinals last year with a young core. Most returned, including Saint Martin’s commit Cole Hatton.

Returned most of its core, minus three seniors, from a team that made a state quarterfinal run last season.

Graduating six players from its state semifinal run may be daunting, but the Mountaineers were left with a lot to build on.

Cutting its teeth in a tough EWAC could have proved valuable come postseason.