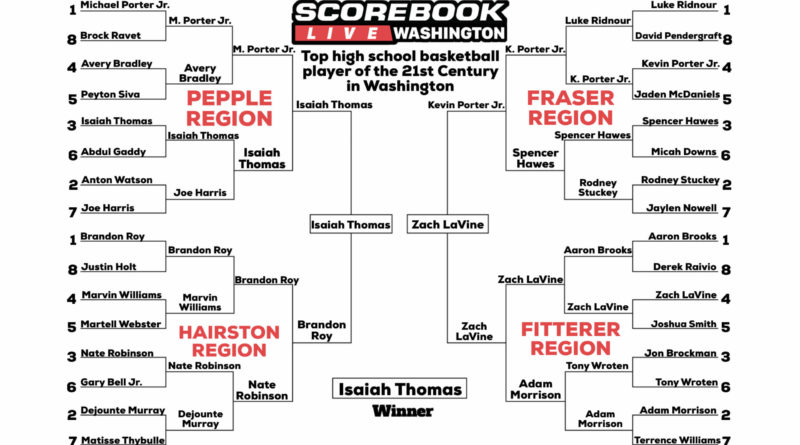 Washington high school basketball fans went to the polls this week, and in the end they crowned Isaiah Thomas.

In a 32-player bracket that featured an impressive collection of talent, Thomas knocked off two No. 1 seeds — Michael Porter Jr. and Brandon Roy — before besting Zach LaVine in Friday’s championship round. Thomas now holds the unofficial title of “The Best Washington High School Boys Basketball Player of the 21st Century.”

In polling conducted across Scorebook Live, Twitter and Instagram, Thomas beat LaVine by more than 100 votes (325 to 218), earning more than 62% of the vote.

Over the course of the five-day competition we received more than 15,000 votes. Thank you to everyone who participated!

You can view the complete results below: