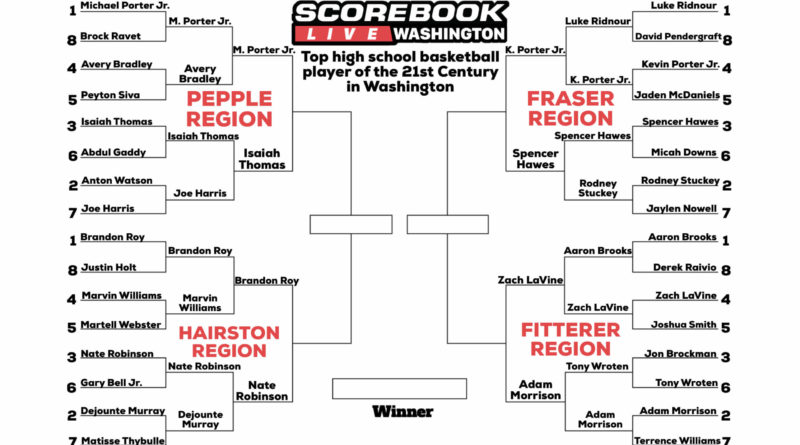 Voting for the Final Four matchups runs from 8 a.m. to 8 p.m. Thursday. Here are the results from the quarterfinals:

Hawes, Seattle Prep (2006)
“A skilled big if there ever was one in the state. He was a stretch 5 before the skill set became popular. The Seattle Prep product went to UW for one season before having a long NBA career.”

Morrison, Mead (2003)
Led Mead High School in Spokane to a state title game appearance (37 points vs. Franklin) before losing to Aaron Brooks (38 points) and Franklin in 2003. He became an instant contributor at Gonzaga and shared National Player of Year awards in 2006 with the Zags. NBA career included 2 NBA titles with the Los Angeles Lakers.”