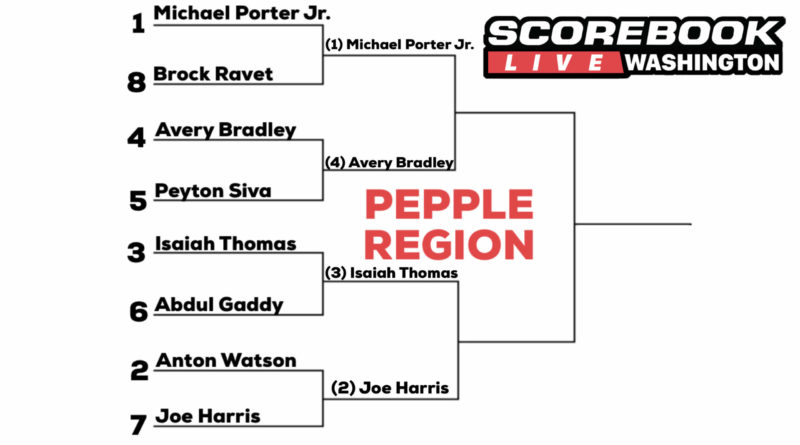 No. 1 seed Michael Porter Jr. and No. 3 seed Isaiah Thomas won their Sweet 16 matchups Tuesday to advance to the Elite Eight of Scorebook Live’s bracket to determine the best Washington high school boys basketball player of the 21st century.

Voting for the Elite Eight matchups begins at 8 a.m. Wednesday. Here are the Sweet 16 results for the Pepple Region:

Ed Pepple is the state’s all-time winningest coach with 952 wins, most coming at Mercer Island, with four state titles.

Bradley (Bellarmine Prep, 2008*)
“A tremendous point guard from Tacoma’s Bellarmine Prep (who left the state after his junior year). Went on to Texas before embarking on a lengthy and successful career in the NBA.”

Harris (Chelan, 2010)
“The son of his coach at Chelan, Harris averaged 26.6 points and 8 rebounds his senior year, earning Mr. Basketball and Gatorade state player of the year honors. He is now one of the best shooters in the NBA.”