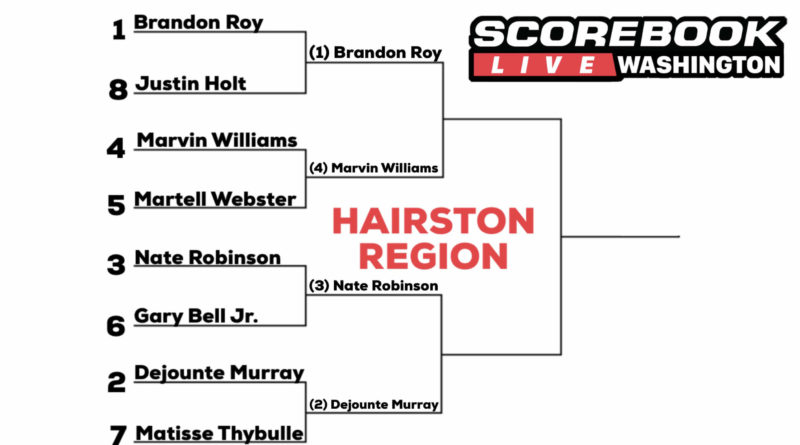 No. 1 seed Brandon Roy and No. 3 seed Nate Robinson won their Sweet 16 matchups Tuesday to advance to the Elite Eight of Scorebook Live’s bracket to determine the best Washington high school boys basketball player of the 21st century.

Voting for the Elite Eight matchups begins at 8 a.m. Wednesday. Here are the Sweet 16 results for the Hairston Region:

Regarded as the godfather of Seattle-based Metro League hoops, Al Hairston led Garfield to five 4A titles between 1980-1991.

Williams, Bremerton (2004)
“Versatile, do-it-all wing for Bremerton who went on to play at North Carolina where he was an instrumental part of NCAA Tournament teams.  Has carved out a long NBA career.”

Murray, Rainier Beach (2015)
“Ultra-athletic and smooth but don’t overlook his skillset. Murray won three state titles and kept the Rainier Beach to UW pipeline going. He is now a tremendous player for the San Antonio Spurs.”