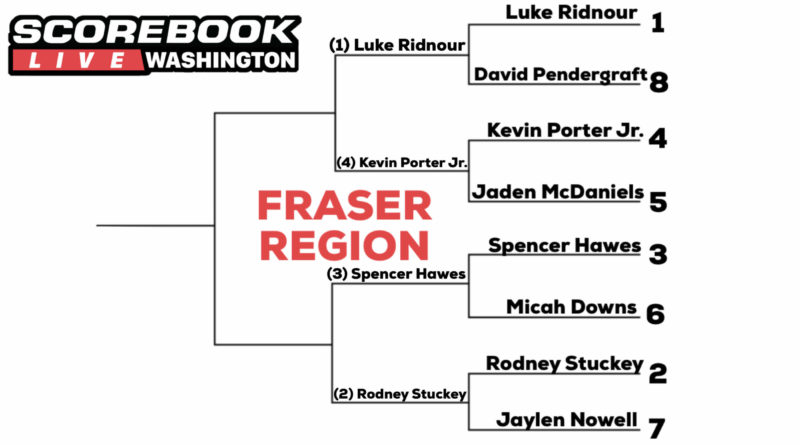 No. 4 seed Kevin Porter Jr and No. 3 seed Spencer Hawes won their Sweet 16 matchups Tuesday to advance to the Elite Eight of Scorebook Live’s bracket to determine the best Washington high school boys basketball player of the 21st century.

Voting for the Elite Eight matchups begins at 8 a.m. Wednesday. Here are the Sweet 16 results for the Fraser Region:

Mount Vernon’s Mac Fraser has the highest winning percentage (.824) among coaches with 400 or more wins.

Ridnour, Blaine (2000)
“Multiple state titles at Blaine, McDonald’s All-American, Elite 8 Run with the Oregon Ducks and a 12-year NBA career are just some of the accolades for this ball-handling wizard from up by the border.”

Stuckey, Kentwood (2004)
“Had no holes in his game.  Tremendous offensively and got after it defensively.  Helped turn around Eastern Washington before heading to a long NBA career.”

Hawes, Seattle Prep (2006)
“A skilled big if there ever was one in the state.  He was a stretch 5 before the skill set became popular.  The Seattle Prep product went to UW for one season before having a long NBA career.”