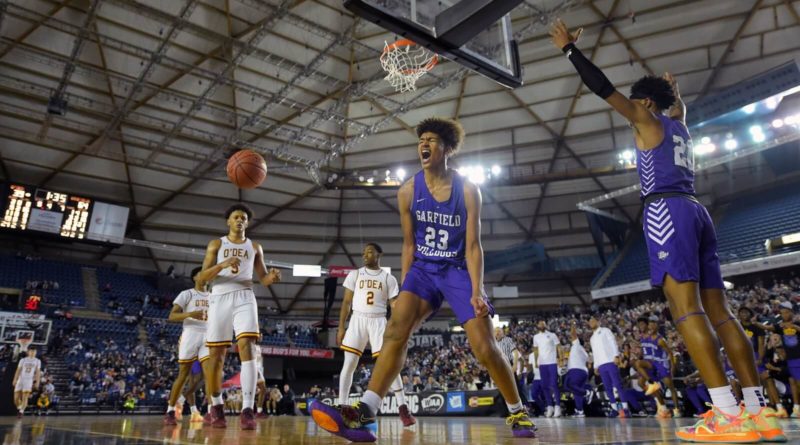 Some led their team on scoring. Some played key roles on some the state’s best teams. Many freshmen made big contributions on the varsity basketball stage.

Scorebook Live has ranked the top boys basketball players in Washington by class – 2021, 2022 and 2023 – based on a combination of this past season’s performance on the high school stage, and projecting their impact going into the 2020-21 season.

Here are the top class of 2023 players in Washington:

A key feature of 3A state champion Garfield’s young, but uber-talented backcourt, Stewart, son of former Rainier Beach and USC standout Lodrick Stewart, already has the build and the skillset of a Division I guard.

Dynamic two-way player who can fill both guard spots and served as a nice complement to PCL POY Damani Green on a Wilson team that made the 3A state quarterfinals.

Rainier Beach needed its young players to step up, too, if it were to make a deep run. On the way to the 3A state semifinals, Nahmier Robinson, Nate Robinson’s son, did just that, scoring in a variety of ways and providing a scrappy presence.

Led Timberline in scoring with 17 points (including a 44-point game), six boards and five rebounds per game, and set the offense. Nice handle and a reliable mid-range game were just two reasons he nabbed a spot on The Olympian’s first team all-area team.

Well-rounded player who can score out of the post, shoot, pass and flash some handles. Son of former Decatur great Andre Pleasant was buried behind a talented group of upperclassmen, but will get an opportunity to shine as a sophomore.

The second leading scorer for the 2B state champions averaged 13.3 points and 6.4 boards per game. There’s a reason he’s already picked up an Eastern Washington offer.

Led Peninsula in scoring around 13 points per game and five rebounds per game, shot 83.9 percent from the free throw line and 32.8 percent from 3. Has great size, strength and got to the rim effectively.

The sharpshooting guard shot 39.5 percent from 3-point range and became one of Puyallup’s top contributors with his high basketball IQ and poise for a team that won the 4A SPSL regular season title.

Has all the measurables to be a force down low and show flashes of what’s to come. Averaged 15 points and eight rebounds per game and led the 1A Emerald City League as a freshman.

Knock-down shooter who started most of the season for a Ferris team that finished third in the 4A Greater Spokane League and competed in a tough 4A District 8 tournament. Son of former Gonzaga standout Ryan Floyd.