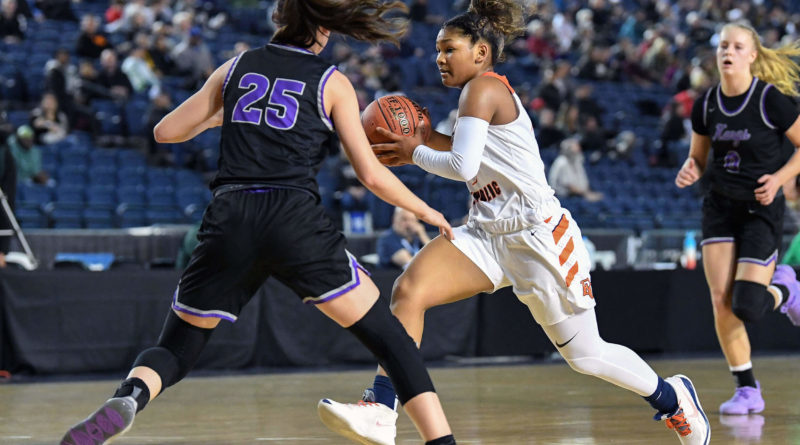 Scorebook Live has ranked the top girls basketball players in Washington by class – 2021, 2022 and 2023 – based on a combination of this past season’s performance on the high school stage, and projecting their impact going into the 2020-21 season.

Here are the top class of 2023 players in Washington:

When you are the MVP of the state’s top 3A league – the Metro League – showcasing this level of advanced skill, you deserve the top billing.

On a deep 2A Ellensburg squad, Anderson came off the bench. But her high-ceiling talent at 6-foot-4 stands out – enough that she will surely be a major D1 recruit.

Defensively, Sheppard has no peers in her class. She is also a rebounding savage. If she develops a consistent perimeter shot, she could be the best of all.

Villa’s debut varsity season had its ups and downs, but her slasher-shooter combination skill-set as a wing player is elite. Everyone will soon see that.

Be braced for it – Hurricane Hani is coming. She is an aggressive frontcourt slasher and rebounder who does all the dirty work, a la Karl Malone.

This girl has game. Not only a steady outside shooter, Hassmann runs the point with poise, precision and patience — like a 15-year WNBA vet.

Here’s another lengthy wing scorer, this time from the 4A Wesco. Pair that up with her rebounding prowess, she was a nightly double-double threat.

That fearless, full-of-swag shooter who came off the Bulldogs’ bench? That was Talbert, who should step into a more prominent role as a starter next year.

A fluid, versatile athlete who can play both forward spots, Smith was the ideal No. 3 option on a 3A contending team – until her serious knee injury.

A former soccer standout, this Huard is picking up basketball at a high rate. Incredibly, she has quickly learned to score efficiently at all three levels.

She might only be 5-foot-2, but her game measures up nicely. With the ball in her hands, Huerta is a zig-zagging flash who can make defenders look foolish.

The new era of Decatur basketball is defense first – and Young not only led that charge, she also was a prudent decision-maker on the offensive end.