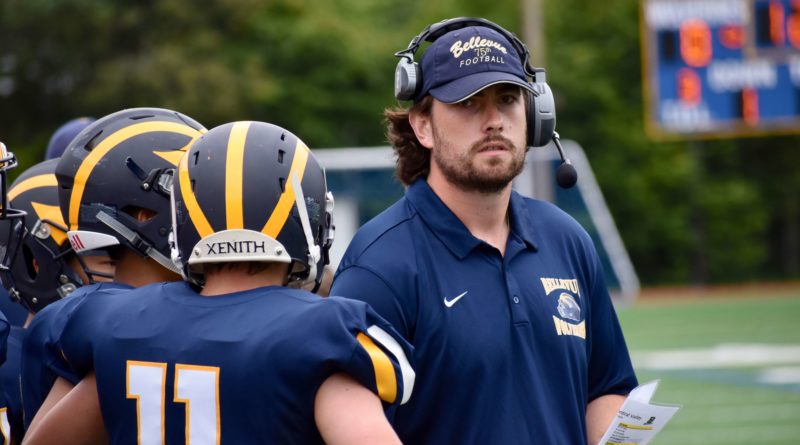 It’s just being played on a different field.

It won’t be held in any local stadium, or on a field somewhere. It will all take place in the homes of players from Bellevue, Bothell, Kentridge, Lakewood, Liberty, Lincoln, Newport of Bellevue, Selah, Tahoma and Woodinville High Schools.

“This touches on something that goes beyond the physical aspect,” Lakewood coach Dan Teeter said. “It is awesome.”

Because of the recent coronavirus (COVID-19) outbreak in Washington, Governor Jay Inslee mandated that all schools be shut down from March 17 until at least April 24.

And a week ago, Inslee issued a stay-at-home order, meaning students, coaches and other administrators would not be allowed to work out in gymnasiums, public fields or at athletic clubs.

That was what Kentridge coach Brett Ogata had in mind when he signed in to a conference call with coaches from Pacific Lutheran University to discuss different ideas of 3D mental coaching.

Ogata was so intrigued by some of them, he went home and discussed the topic with his wife.

She suggested “doing a challenge” with his own players.

Ogata thought it would a better idea to incorporate other schools in a character-building challenge.

By Sunday night, the 10 coaches laid out a series of weekly challenges, starting Tuesday with a simple opener: Making your bed right after waking up.

On the honor code, each player is expected to track how many times he makes his bed for the entire week, and report that number to his coach.

“It is a way to work with kids and their character in small ways,” Teeter said.

Next Sunday, the second challenge will be delivered – a “screen time fast,” which is keeping track of how much time players stay off their phones and computers, and do not watch television.

The third challenge is to follow a new “motivational” person on social media.

The fourth challenge is for players to write a letter of appreciation to a family member once a day.

Each challenge is accompanied by a short video message from a coach or another important figure in society.

The overall winner will receive T-shirts, donated by a local athletic apparel business.

“To compete against other teams, the players love that piece of it, and there is a little more incentive to do it,” Ogata said.

“But ultimately we want kids to realize you can look at obstacles as a pain or as an opportunity to get better.”