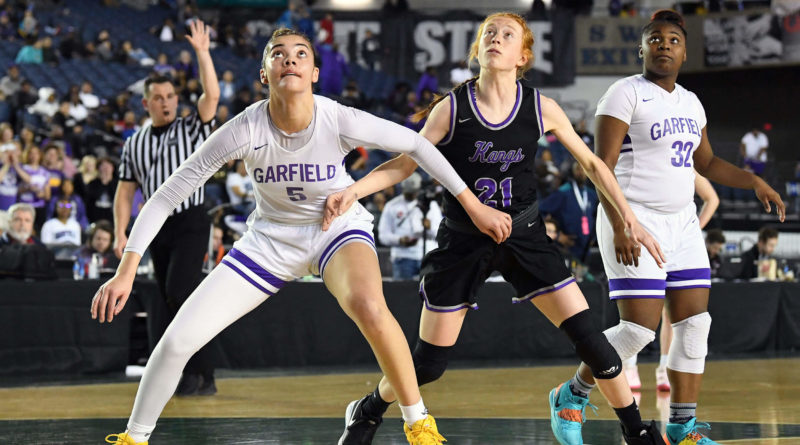 With the 2019-20 season finished, we’re taking a look at the Top 11 ball defenders in the state, regardless of classification.

This EWU signee is a different level of strong at guard, and the two-time 4A NPSL all-defensive performer is a permanent clamp on opposing ball handlers.

How good is Carpenter’s on-ball defense? Southern Utah recruited her based on how well she guarded every position, from guards to post players.

Who has the quickest hands in Washington basketball? By the sheer number of slap-the-ball-away buckets in transition she gets, Collins wins.

There isn’t a player in the state like her – tall (6-4), long-armed and athletic to swat away shots from all angles and poke away passes on the perimeter.

As a 6-foot-4 volleyball standout, you’d expect Hani to be an around-the-rim enforcer. And she is, averaging four blocked shots a game as a sophomore.

The whole Bears’ squad plays physical defense, but Howard sets the tone up top. The Seattle U. signee dares you to go by her … and then the fun begins.

Jaiteh’s offensive game is still in the works, but on defense, she is multi-level pogo stick – blocking shots near the lane and at the 3-point line.

Some guards rely on quickness to notch steals, but Long – a standout soccer player – is all about strength and anticipation as 2A’s top outside defender.

This Washington signee does everything, especially on defense. With her length, quickness and smarts, she is a vacuum for post-entry passes.

Rarely does a ninth grader come in and create this kind of havoc, but the shifty Sheppard was the juice in the Crusaders’ maniacal fullcourt pressure.

If you had this Southwest Washington standout guarding you, it was like charging into a wall. Her position defense was as good as there was in 4A.