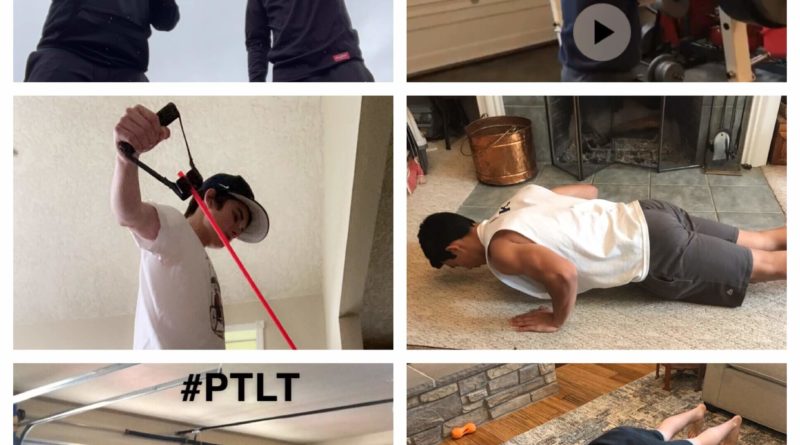 The Skyview baseball team was coming off of a 4A state semifinal run, and spent the winter months training, largely indoors, in anticipation to hit the field with the same drive that took them deep into May last year.

But on Friday, the Storm celebrated a new landmark: completing its first remote practice. They’re one of the many programs across the state of Washington trying to establish a sense of normalcy amid school closures and a stay-at-home order from Washington Gov. Jay Inslee, efforts to slow the spread of the novel coronavirus.

Gov. Inslee’s closure of all K-12 schools across the state will keep schools closed and athletes sidelined until at least April 27. Washington state, which experienced the first outbreak in the United States last month, now has at least 3,700 confirmed cases and at least 175 deaths related to COVID-19, according to figures released Friday by the Washington State Department of Health.

As coaches and administrators plan for an abbreviated spring season, there is an understanding that school closures could be extended. Skyview coach Seth Johnson can sense that among his nine seniors.

Auburn Mountainview baseball coach Glen Walker said he’s able to communicate with his players through a district-approved app. He’s encouraged players to work out at home, and the school has barred athletes from gathering on school property with the threat of suspension. But the lack of face-to-face, Walker said, leaves a bit of a void.

Mountain View athletic director Adam Mathieson said a workout plan designed by one of his assistant football coaches, Avi Bharth, has been distributed to students across all sports that was designed to be able to be done at home with no fancy equipment.

“It gives us a chance to keep in touch,” Mathieson said. “There’s a lot of negativity with social media, but this is a way it can be used for good.”

Many athletes in and out of season across the state have been given specific at-home workout plans. But for the most part, they are left to their own accord.

Deer Park standout basketball player Jobi Gelder lives in rural Eastern Washington, and says in addition to taking his dogs on long walks and hikes outdoors, he’s joined his parents during weights and cardio sessions with a trainer, conducted via FaceTime.

Gelder, who the Associated Press named a first team 1A all-state selection this week, said the workouts have been a serviceable fill-in for his ordinary routine.

While not ideal, he feels they will pay off in the long run. For many high school athletes, working out brings a sense of normalcy as uncertainty looms ahead.

“It’s been weird this whole process of watching everything unfold across the globe, but for now it’s felt more like spring break for me to just have a little time off of school and get some rest,” Gelder said, “but I know soon it’s going to continue to get more and more strange.”

On Instagram, basketball players from across the state engaged in pushup challenges, and have posted a personal highlight, challenging three or more friends to do the same. It’s flooded Instagram stories with high-flying dunks, clutch 3-pointers and various other highlights from the basketball season, which concluded without a hitch the week before schools were shut down. A video posted to his Instagram story showed Rainier Beach senior basketball player John Hart lifting weights and on an outdoor turf football field. Many others’ mirrored Hart.

Some athletes have taken to social media to show their makeshift training regimen in recent days (note: the videos of athletes training outdoors were posted before Gov. Inslee’s stay-at-home mandate).

As Johnson and his coaching staff at Skyview tailor practice for a virtual environment, the head coach hasn’t just emphasized staying healthy physically.

“One thing we tend to forget is mental health,” Johnson said. “A couple of them are losing motivation, I could tell it was waning. I could tell we needed to do something for the team.”

That’s where the inspiration for a virtual team practice came from. Friday’s practice was required to be conducted by players on their own, but Monday will be the team’s first live practice on the video conference service Zoom. To keep morale high, particularly among the team’s nine seniors, Johnson is challenging each senior to a pushup contest — “I got no chance,” he quipped.

Johnson wants his players to feel like a team, even though they have to be apart.

“We want to make sure they know they’re loved,” Johnson said. “Going into this year, they were going to have the opportunity to be in the winningest class in Skyview baseball history. And they’re struggling with it right now. There’s a shock factor. But it’s hard for them to communicate what they’re going through right now. “

The Storm got nine practices and a jamboree in before the season was postponed. If schools reopen on the current schedule and athletics are allowed to resume, teams must squeeze in 10 practices, which the WIAA has acquiesced to allow for two-a-days. But as the state’s healthcare system continues to reel from the continual exponential increase in cases, many coaches, players and administrators know the priority at hand is the safety and health of the public.

“The whole situation has been a little depressing but it’s given us athletes a chance to work on ourselves more than ever before,” Skyview senior pitcher Cooper Barnum said. “It’s opened a whole new offseason.”

Barnum, a Washington State commit, said the team is charging ahead with the mindset of returning to the diamond at the end of April. They’re focused on securing a league title, he said. Johnson is thankful they squeezed in their jamboree before cancellations were announced.

“If we can’t play this year at least we got to go out as a team and perform,” Johnson said.