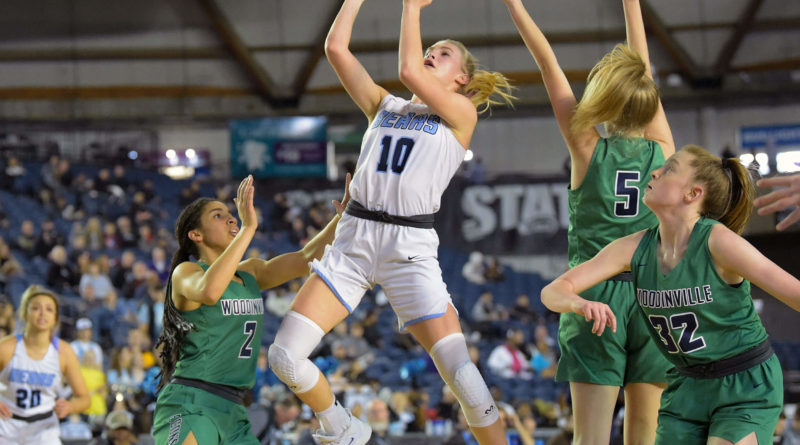 With the season finished, we’re taking a look at the Top 11 toughest-minded, do-a-little-bit-of-everything players in the state, regardless of classification.

A quality playmaker, Boni was an even better leader – the backbone for this program her entire career. Colorado State is getting a relentless hustler.

She might someday be earning paychecks on the LPGA Tour, but in basketball, she is an athlete-turned-agitator who plays with an edge.

If you hear somebody hollering with emotion, chances are it is Bruno, a high-intensity but undersized post player who is a no-stop rebounder.

What is the 1A Northwest Conference MVP’s best skill? It’s her ability to perform every task – scorer, passer, on-ball defender and great leader.

It wasn’t all Hailey Van Lith with the Bulldogs. Erdmann is an athletic post who can defend guards to centers – and move out deep to hit a 3-pointer.

This all-4A Wesco first-teamer does her business with a swagger – setting screens, knocking down big shots and being in the middle of the action.

This 2B standout knows one style – ruthless. Known as a shutdown on-ball defender, Glenn picked up the offensive slack as well for the Fishermen.

What hasn’t Main done for the 2019 state runners-up in her career? She teamed up with Jayda Noble to do everything, especially hit big-time shots.

If you looked up the understood definition of “glue” player – McBee is it. She thrives doing the dirty work for the Lions, and Hawaii rewarded her for it.

In a talent-laden Metro League, Moffitt not only survived on grit and drive as a two-way standout, she ascended to the all-league first team as a junior.

Comeback of the year? After missing last season with an injury, she carried the Red Devils to fourth in 2A – as a rebounder, defender and scorer.