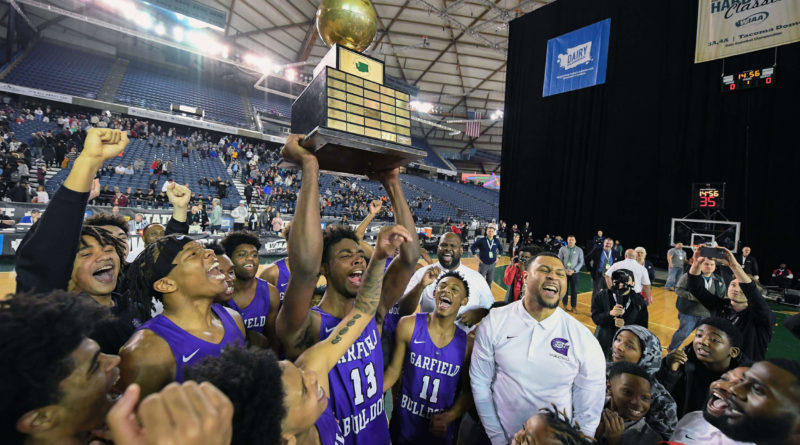 TACOMA — Tari Eason scored 21 points and hauled down 14 rebounds to lead Garfield to a 69-44 blowout victory over O’Dea in the WIAA 3A boys basketball state championship game Saturday in the Tacoma Dome.