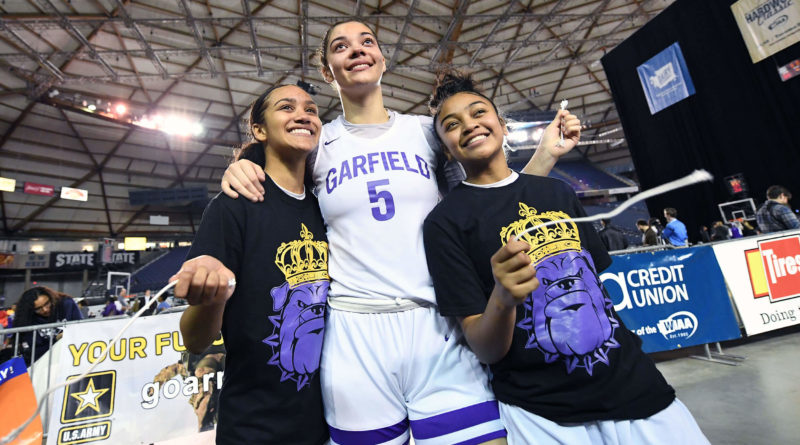 TACOMA — The hoops are torn down, the courts taken apart and the Washington high school 3A/4A girls state championships are done as Central Valley was crowned the 4A champion and Garfield the 3A on Saturday afternoon and evening at the Tacoma Dome.

Below is a roundup of stories, highlights, photos and top performances from the final day of the high school basketball season.

Here is what went down:

With a first-year coach, a deep starting lineup and Peyton Howard’s clutch plays late, the Bears upset Woodinville for a 59-55 victory on Saturday in the Tacoma Dome to win their third state championship in the past five years. (READ MORE HERE)

DANIELS SCORES 18 AS GARFIELD BESTS LAKE WASHINGTON IN 3A TITLE, 55-41

No matter the litany of injuries that cursed Garfield this season, no matter the loser-out games the Bulldogs had to get through and it didn’t matter that they had to complete their run against a young, talented Lake Washington squad, the Bulldogs left Saturday night’s 3A state championship following with the boys’ recipe, winning 55-41 for their first state title since 2005. (READ MORE HERE)