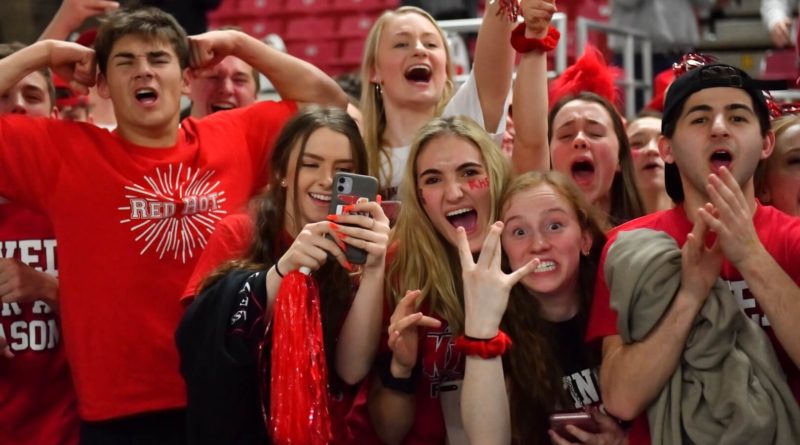 YAKIMA – Just minutes before coming out to the floor for pre-game warmups Saturday night, King’s boys coach Rick Skeen stopped sophomore standout Tyler Linhardt to remind him of a conversation the two of them had in the preseason.

Back then, Skeen asked him if he was ready to be the guy to carry the mail.

“I told him (Saturday), ‘All you’ve got to do to take us to the title and win MVP is get it done any way possible,'” Skeen said. “And he looked at me in the eyes and said, ‘Coach, we will get it done, don’t worry about that.'”

Rallying from a late deficit in regulation, King’s edged Lynden Christian, 70-67, in overtime in the SunDome.

Linhardt, the tournament most valuable player, had 25 points and 16 rebounds. Lynden Christian’s Jaden DeBoer led all scorers with 28 points in a losing effort.

And not only did King’s guard Jordan Hansen hit two big free throws in OT with 4.8 seconds to go, he sank two 3-pointers in the final two minutes of regulation as the Knights overcame a 57-48 deficit.

Hansen’s final 3-pointer from the left corner tied it at 57-57 with 10 seconds remaining.

Kings grabbed a 66-60 lead with 41.8 seconds to go in OT, and made six of seven free throws down the stretch to hold off DeBoer and the Lyncs.

It was King’s fifth 1A title in school history – and first since 2016.

“(Skeen) puts a lot of trust in me and Jordan and all the guys,” Linhardt said. “We all wanted a state championship, and he knew I had to do a lot – but do what I’ve been doing in this tournament to win.”

King’s finally hit big shots in the final minute. The smaller Lyncs’ group basically conceded open 3-pointers to teammates of Linhardt and Hansen much of the game – and nearly got away with that strategy.

“They did to us what we did to them last year with (Cole) Bajema – we said let the other guys beat us, and they did that,” Skeen said.

“We got timid a little bit. But we came in and hit some big ones down the stretch.”

Much of the Lyncs’ game plan was to pack it in to negate some of the sophomore’s driving ability. He finished with 25 points points, 16 rebounds and six assists.

He was a cold-blooded killer all evening, hitting shots all over the floor – and primarily guarding Linhardt. The coach’s son certainly is a big-time name moving forward