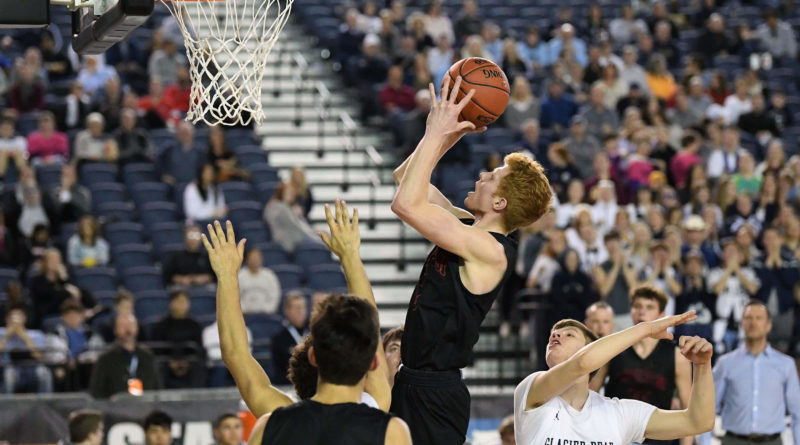 TACOMA — Mount Si was determined to get back to this stage and prove what it didn’t a year ago.

The Wildcats’ 62-49 win over previously undefeated Glacier Peak in the 4A state semifinals on Friday night at the Tacoma Dome brought them one step closer to a goal they set a year ago after losing in last year’s state title.

“It was our whole goal this offseason, every day we were working hard, had that up on the board, gave us that aggression and every extra rep was to get back,” Patterson said.

Mount Si and Glacier Peak could have faced in the SeaKing district finals, but the Wildcats lost early to a Woodinville team it had previously beaten by double-digits.

“That was a wake-up, for sure,” Patterson said.

From there, after that Feb. 15 loss, the team felt a new focus. Friday night was the latest example.

If Mount Si were to parse over film of this win, any major critiques would be nitpicks. The Wildcats shot 56.8 percent from the field, 60 percent from 3 on 20 attempts, out rebounded Glacier Peak by 11, had 20 assists on its 25 shots and broke the rim, for crying out loud.

In the first quarter, senior Hayden Curtiss rose up, threw down an alley-oop to the point where he bent the rim. Officials stopped the game for minutes to lower the hoop and fix the rim. Mount Si students chanted “Hayden Curtiss,” as the Wildcats shut out Glacier Peak 11-0 in the quarter. Curtiss finished with 16 points and nine rebounds.

Hit 5 of his 9 3-point attempts for a team-high 17 points while guarding Glacier Peak’s toughest matchup in point-forward Tucker Molina.

Mount Si takes on Central Valley in the 4A state finals on Saturday at 3 p.m. in the Tacoma Dome; Glacier Peak drops to the third place game against Union at 1 p.m.