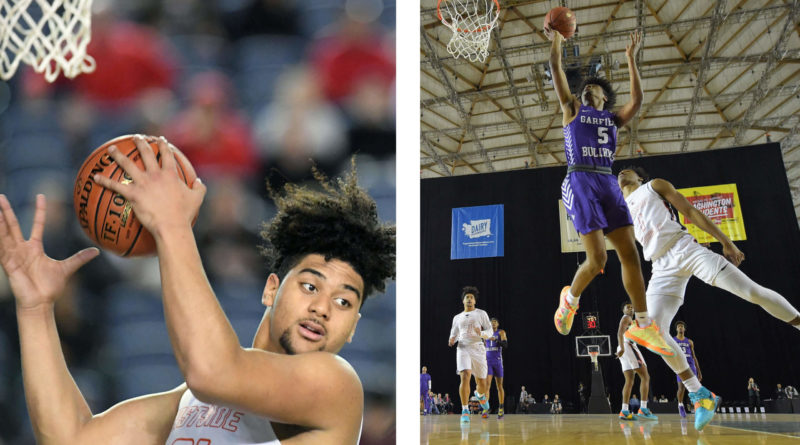 TACOMA — Two undefeated teams lost and two of four Metro League teams advanced to the 3A and 4A state championships on Friday at the Tacoma Dome.

Garfield stunned top-ranked Eastside Catholic and O’Dea took care of Rainier Beach in 3A. In 4A, 1-seed Union lost to Central Valley and Mount Si took down 2-seed Glacier Peak.

First, catch up on Thursday: Highlights, photo galleries and top performers from the 3A/4A boys quarterfinals.

Koren Johnson had 22 points, Tari Eason had 16 points and Kendall Munson added 15 as Garfield beat Eastside Catholic, 74-46, in the 3A state semifinals on Friday night to land in its second championship game in three years, marking Garfield’s third win over the top-ranked Crusaders this season. (READ MORE HERE)

UP NEXT: Garfield takes on O’Dea in the 3A state championship Saturday at 7 p.m.; Eastside Catholic faces Rainier Beach at 11:15 p.m. in the third place game.

The defending 3A state champions started hot and built a double-digit lead at halftime to cruise to a 3A state semifinal win over Rainier Beach, 73-53, in the 3A state semifinals on Friday night at the Tacoma Dome, a day after an overtime win in the quarters. (READ MORE HERE)

Central Valley wanted to do two things: keep the ball out of Union’s Tanner Toolson and Kaden Horn’s hands. The Bears did that and more in a 63-55 upset of the previously undefeated Titans. (READ MORE HERE)