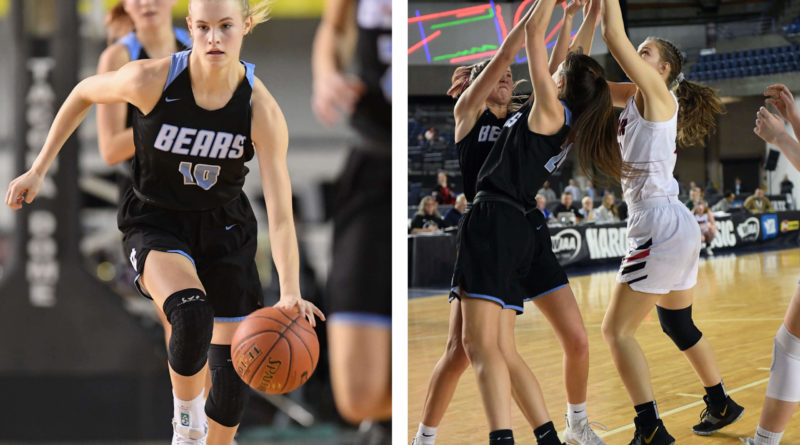 TACOMA — It burned Peyton Howard to miss all of last year with a torn ACL, watching her Central Valley High School girls basketball team fall in the 4A state quarterfinals.

It burned her in a different way hearing so many of the pundits around the state have no or little faith that this year’s team could be as talented as their dominant squads of the past decade.

So she scored 18 points with six assists and four steals and the Seattle University signee led Central Valley back to the 4A state championship game for the third time in the past five years with a 61-53 victory over Union on Friday in the semifinals at the Tacoma Dome.

“Everyone was like, ‘Oh, they’re nothing this year,’” Howard said. “Now we’re in the state championship, so obviously we’re something.”

Now the Bears get a date with No. 1 Woodinville at 5 p.m. on Saturday, even with Howard wearing a brace around her knee to protect her once torn anterior cruciate ligament.

“I mean, sitting out last year was probably the hardest thing I’ve had to do,” she said. “But all season this year we were like we knew we could do it. I didn’t know if we could make it to the state championship, but this is the best feeling knowing that this is our team and I’m a senior and I get to help lead us to the ship.”

Union went on a 10-0 run in the third quarter to tie the game, but Central Valley responded and Howard’s 3-pointer just before the end of the period pushed the Bears’ lead to 49-37.

It certainly wasn’t just Howard. Grace Geldien had 12 points, Michael Pitts added 10 and Chloe Williams had nine in a seemingly relentless Bears’ attack. That helped stave off the hot shooting from Union star Mason Oberg, who scored 26 points, including going 6-for-7 from the 3-point line.

Union pulled to within 56-50 with 1:49 to play, but Howard iced the game with free throws from there and Pitts scored on Howard’s assist with 45 seconds remaining to push the lead back to 10.

How much did the senior want this? She was vocally calling for the ball late in the game, wanting to ice it and kill clock to keep it out of Mason Oberg’s hands. She finished with 18 points, six assists and four steals on 5-for-9 shooting (5-for-6 from the free-throw line).

Oberg made 6 of 7 3-pointers and was one away from tying the 4A single-game record of seven 3-pointers (Jessiye Clark of Jefferson in 2002 and Jessie Loera of Moses Lake in 2015 both share the record with 7 3s).

Oberg finished with a game-high 27 points.

Central Valley plays Woodinville in the 4A state championship, a rematch of the title game two years ago when the Bears won behind Stanford-bound twins Lexie and Lacie Hull. The game is at 5 p.m. Saturday at the Tacoma Dome.

“Woodinville is kind of the same as us – we’ve never been matched up with a team where everyone can score and they’re all small so it’s going to be a hard game,” Howard said. “But I think we have the grit and everything to go take the championship.”