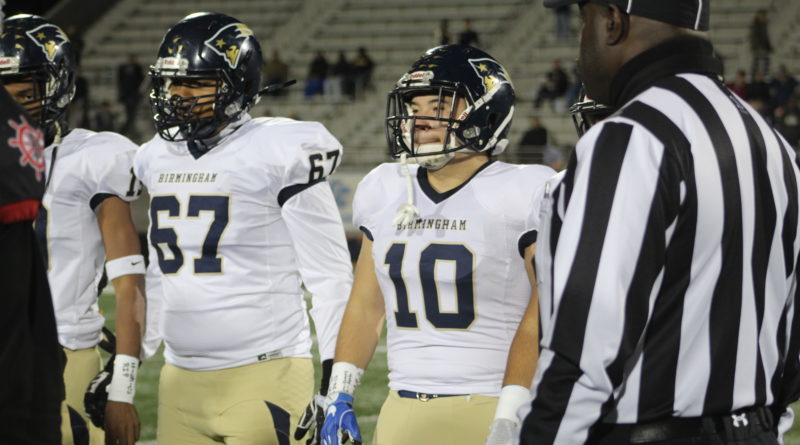 TACOMA —O’Dea didn’t need overtime to land itself in a familiar place.

The defending 3A state champions started hot and built a double-digit lead at halftime to cruise to a 3A state semifinal win over Rainier Beach, 73-53, in the 3A state semifinals on Friday night at the Tacoma Dome, a day after an overtime win in the quarters.

Against a team they’d faced before — and beat handily — starting hot was all part of the plan.

“We got rolling early,” O’Dea junior forward Paolo Banchero said. “We wanted to come out with intensity and that’s what we did, so it was a good win.”

It marks the end to Rainier Beach’s run as a young 13-seed, which saw two down-to-the-wire wins over higher-seeded league champions in Evergreen and Kamiakin.

Rainier Beach didn’t have a player that could match up with five-star forward Paolo Banchero, and the junior took advantage. O’Dea shot 56.9 percent from the field. And once O’Dea took a 20-point lead into halftime and held the Vikings below 10 points in the second quarter, Beach lacked the fire power to cut into the lead.

The long-armed defender even gave Banchero space enough space on the perimeter to get up a 3-pointer, but Banchero had other plans. He drove past both the face-up defender and the help defender, took one dribble, gathered and threw down a two-handed dunk.

Posted a game-high 19 points, 15 rebounds, eight assists and four blocks on an efficient 8 of 11 shooting.

The junior guard was Beach’s only double-digit scorer with 11 points on 4 of 10 shooting.

“It’s the state championship. You don’t got to do a lot to motivating for that one. We’re all going to be motivated, it’s our last game of the year, last game for the seniors of their career, so we’re going to come out and do our best.”

“This is my last year. These guys fought through a lot of adversity and I’m just proud of my guys. We came out, nobody expected us to be here and we made it. Whether we place third or fourth tomorrow, it’s all good, we’re not even supposed to be here in everyone else’s mind.”