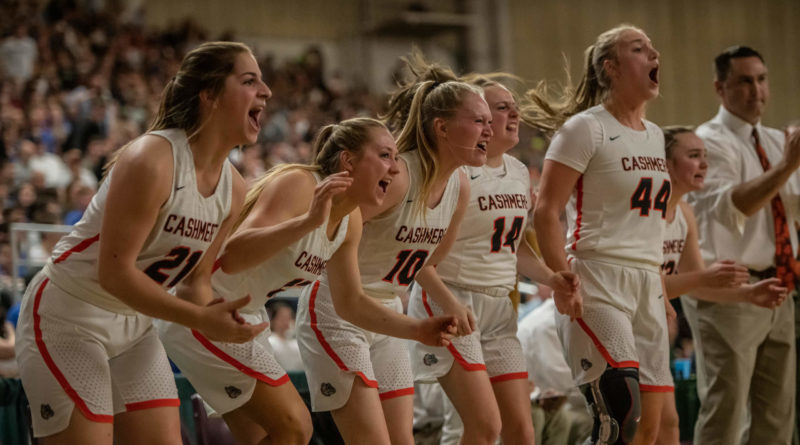 YAKIMA – Hailey Van Lith’s last field goal for Cashmere on Friday night was a fadeaway 10-foot shot in the lane. She swished it.

When she landed, she paused. She stared at a tiring La Salle team going the other way. She said nothing.

Perhaps no team has been a bigger nemesis than the Lightning, which won the Class 1A title last season after knocking out the Bulldogs in the state semifinals.

Top-ranked Cashmere returned the favor Friday – 46-37 in front of another packed house for the 1A semifinals at the SunDome.

It was both exhilarating and exhausting for the Bulldogs moving past this team – Van Lith, the Lousiville signee, included.

Indeed, the game certainly did.

La Salle held the Bulldogs scoreless for the first 6:53 of the game, led for the first 2 1/2 quarters and really gave them fits with its methodical approach on both ends,

What got Cashmere untracked was Van Lith, the passer.

She fed Peyton Brown for an easy bucket. Then it was to Riley Johnson for a corner 3-pointer. And her third assist in a three-minute span landed into the waiting hands of Grace Erdmann, who buried another 3-pointer from the top of the arc with less than a minute to go in the third quarter.

And finally, Van Lith sank a jumper with five seconds remaining to give the surging Bulldogs a 35-27 lead.

“She has really figured that out. That girl just wants to win.”

Van Lith finished with 24 points, 11 rebounds, four assists and three steals. That is the kind of all-around performance that usually keeps a team around until late Saturday night.

Which is when the Bulldogs will play one final time this season.

“Obviously, I am playing for more than just the state championship – my senior friends, these teammates … and obviously the person (Kobe Bryant) I lost this season,” an emotional Van Lith said afterward. “It all means more than basketball right now.”