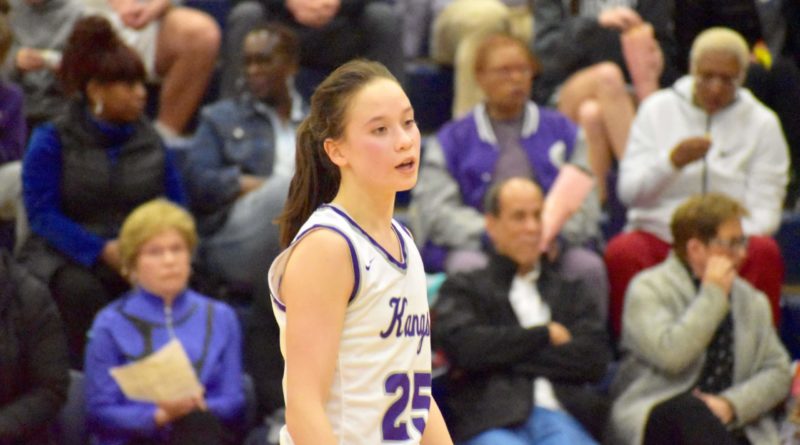 TACOMA — Rosa Smith had 16 points and nine rebounds to lead Lake Washington to a 48-45 victory over Mt. Spokane in the WIAA Class 3A girls basketball state tournament quarterfinals on Thursday.

Lake Washington shut yet another team down from the field since it entered the Tacoma Dome. On Wednesday it was Hudson’s Bay. This time it was Mt. Spokane, which was held to 17-of-67 (25.4 percent) shooting.

Their emphasis on UW-bound Jayda Noble was critical in the first half, when Noble went 0-for-6 shooting with one point. Smith, a sophomore, made just enough big plays for the Kangaroos to pull off the upset, hanging on after Mt. Spokane’s Emma Main missed a 3-pointer in the final seconds.

What a Tacoma Dome-debut it’s been for the 5-foot-7 sophomore who scored a game-high 16 points and pulled in nine rebounds, including the clinching board late when Lake Washington was clinging to a one-point lead. Now Lake Washington heads to the state semifinals for the first time since 1999, and this comes just four months after the Kangaroos won the state girls soccer title.

It should say plenty about Noble what she did in the second half to get Mt. Spokane back into the game. After struggling in the first 16 minutes, she hit some key buckets late, including off an inbound to cut Lake Washington’s lead to 46-45 with 39 seconds remaining. She finished with 10 points, 13 rebounds and four steals but fouled out before Mt. Spokane’s final possession.