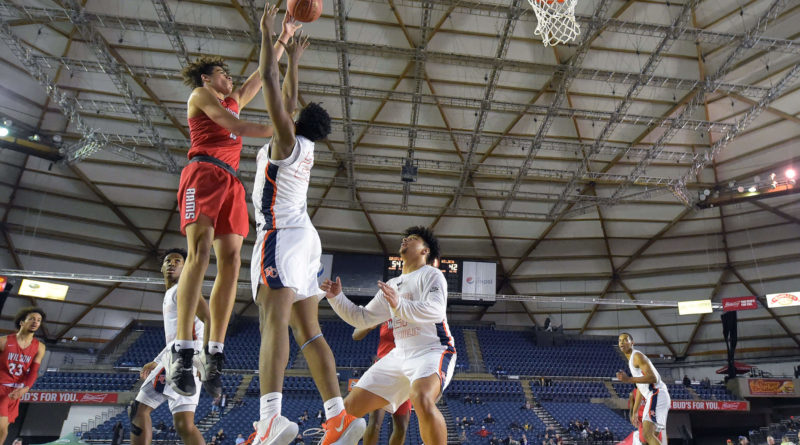 TACOMA — JT Tuimoloau had a lights out 11 for 13 shooting performance and led all scorers with 25 points as Eastside Catholic defeated Wilson in the 3A state tournament quarterfinals, 76-54, on Thursday to move on the the semifinal round.

Nolan Hickman and Syon Blackmon added 16 and 13, respectively, to help the Crusaders cruise to a 22-point win.

Malik Howard and Dominique Ellison each had 12 points to lead the Rams in scoring. Wilson held a 25-20 lead at the end of the first quarter, but Tuimoloau heated up and Eastside outscored Wilson 38-17 over the next two.

Eastside Catholic moves on to the semifinals where they will take on Garfield at 3:45 p.m. on Friday in the Tacoma Dome.

Wilson moves to the loser’s bracket and will play Marysville-Pilchuck at 9 a.m. in the Tacoma Dome Friday in a fourth place playoff.