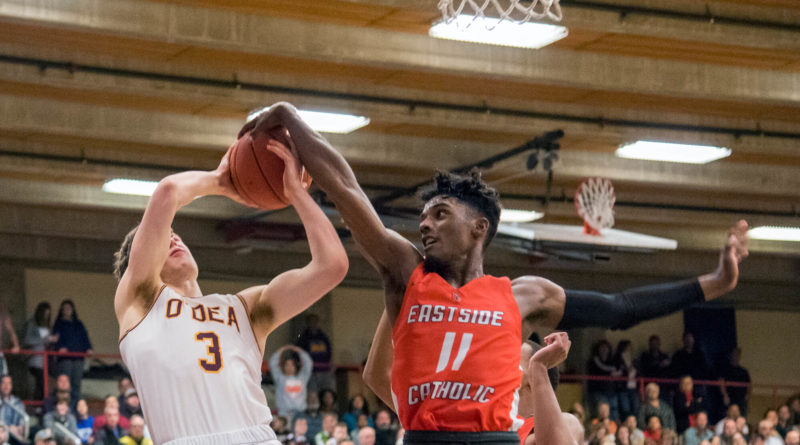 Garfield could learn just how hard it is to beat a team three times. The Bulldogs can say something no other team can: theyâ€™ve handed top seed Eastside Catholic its only two in-state losses this season, including a Metro League tournament championship thriller. The Crusaders and Bulldogs could be on a crash course to play for a third time in the semifinals.

Kamiakin earned a first-round bye. How high can it fly? Kamiakin has proved itâ€™s a force to be reckoned with statewide in the past couple weeks, after taking down Mt. Spokane for a district title, then hitting the road and beating 3A Wesco champ Marysville-Pilchuck to earn a first round bye. The Braves are playing well at the right time. Can Kyson Rose, Messiah Jones and co. take down top-tier Metro League teams?

3A state title rematch may come in the quarterfinals. Oâ€™Dea throttled Mt. Spokane in the state title game last year by 31. If the Wildcats beat Seattle Prep in the first round, Tyson Degenhart will get another crack at top 2021 recruit Paolo Banchero, coming off of a narrow OT loss to top-seeded Eastside Catholic.

Seattle Prep vs. Mt. Spokane: The 3A runners-up took top-seeded Eastside Catholic to OT last weekend. Seattle Prep made it out of the Metro League gauntlet, and won a loser-out to get there. How will center Nic Welp match up with Boise State commit Tyson Degenhart? Does Wildcats coach David Wagenblast have any new defensive schemes up his sleeves to frustrate wing Tyler Mrus?