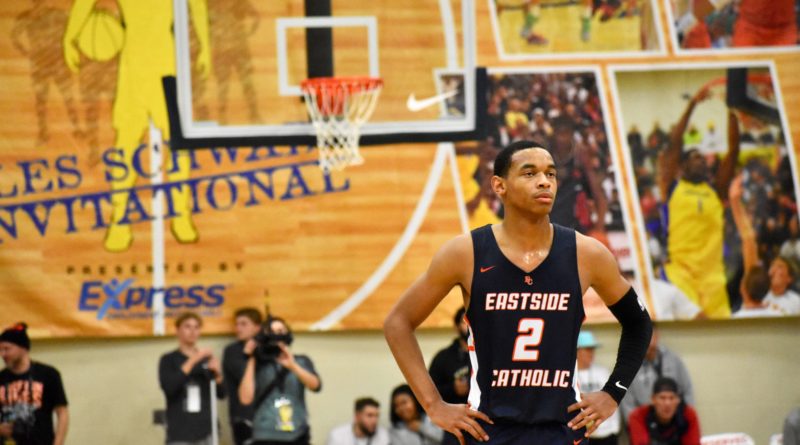 TACOMA — The final week of the 2019-20 Washington high school basketball season is here with state tournaments taking place across three sites from Wednesday to Saturday.

Here are seven storylines on contenders across several classifications to follow throughout the Hardwood Classic:

The moment came on Feb. 15 in a district tournament win over Cusick, but the 5-foot-11 guard was adamant the real goal, for him, was a state title. This week, the Tigers are well-positioned. Moffet has helped Odessa to an undefeated season entering the state tournament as the top seed.

“It’s just made us play harder,” Moffet said of the target his team feels from opponents. “They say when you get to the top, it’s when you relax. It’s the complete opposite for us. We’ve just started to rev it up even more.”

1B: Pride, heritage at the heart of Yakama Tribal’s state title hopes

Bryan Strom grew up wanting to be a coach growing up, just like his dad.

This week, Bryan and his brother Bryce are aiming to bring Yakama Nation Tribal its first state championship when the 2-seed Eagles enter the 1B state tournament quarterfinals on Thursday, vying to avenge its state title loss last season.

“We’re not just representing the 150 kids, we’re representing the whole tribe full of 11,000 people, so it’d be a huge accomplishment,” Bryan Strom said. “I know the Yakama people would be proud of us.”

A year later, the Eagles are playing like the favorites entering the quarterfinals.

“There’s another level we can take it to,” Maulana said after a district semifinal game.

1A: In Shaun Burl’s plan to build a contender, Leo DeBruhl-led Seattle Academy is ahead of schedule

That the Cardinals are where they are — the top overall seed in the 1A state tournament with a first round bye — is a source of pride for coach Shaun Burl.

Led by a Division I prospect in point guard Leo DeBruhl and versatile wing Joe Cookson, the Cardinals success this season started with those two — and was years in the making.

“I let them play and start, make mistakes from a really young age,” Burl said. “They kind of walked in here, I put the ball in Leo’s hands, told him I trusted him and it was not easy. Definitely some growing pains. Times where they struggled to trust each other, struggled with chemistry.”

2A: North Kitsap’s Shaa Humphrey, Kobe McMillian are brothers on and off the court

North Kitsap may be the most experienced team in the field entering the 2A state tournament this week. That starts with backcourt mates Shaa Humphrey and Kobe McMillian, who are also step-brothers.

It helps to have brothers, and group that has played in the SunDome together.

“We know where each other are,” Humphrey said. “We know where we like to score the ball, we know everyone’s moves and how to get open.”

3A: In his quest to become the state’s top point guard, Eastside Catholic’s Nolan Hickman had to ‘bring the dog out’

There might not be a point guard putting together a better, more impactful season than Eastside Catholic’s Nolan Hickman.

Ask him, and it’s been years in the making. While some say Hickman’s season will surely lead to a big summer on the club basketball circuit and in recruiting, where he already carries high-major Division I offers, Hickman is singularly focused this as the Crusaders enter the week with the top seed and a first round bye.

4A: Glacier Peak is enjoying its best-ever season entering state playoffs. So is Union. The parallels between the two programs don’t stop there.

Union and Glacier Peak High Schools opened their doors within a year of one another. In the schools’ first couple years, the boys basketball programs achieved immediate success.

Both have eerily similar winning percentages, have been state tournament mainstays and enter this week’s 4A state tournament both undefeated, carrying first round byes and occupying the top two seeds in the field.

“It’s not normal what they did, or normal what we did when we start out,” Hunter said, “but it’s definitely something our program has used to continue that success level.”