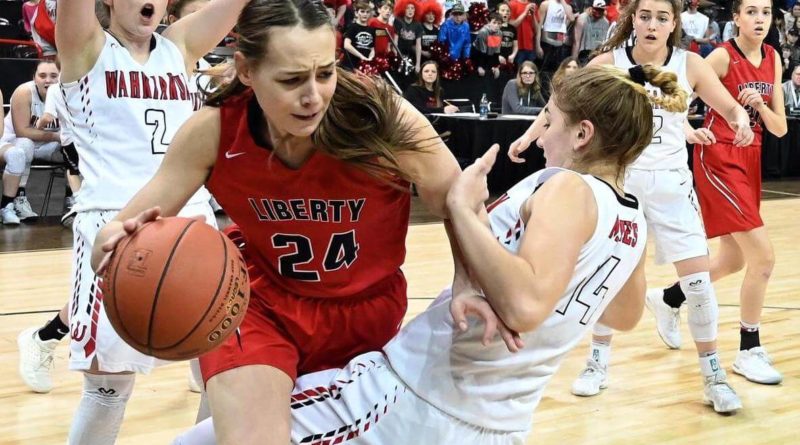 Can anyone handle Liberty of Spangle’s overall length?

For any small-school program to be able to run out three athletic 6-footers in its lineup has an inherent advantage. And when one of them is do-everything playmaker Maisie Burham, an Eastern Washington signee, that immediately makes the Lancers the favorites to capture their first state girls title. Liberty lost to Tri-Cities Prep in last year’s 2B finals.

Which of the Southwest District teams is best built for a deep run?

It is difficult to choose among Central 2B champion Toledo, Pacific 2B champion Ilwaco and Wahkiakum. Toledo is balanced, and has a formidable inside-outside duo in Stacie Spahr and Kal Schaplow. Wahkiakum is deep, and plays a mean matchup zone on defense. And Ilwaco has guard Erika Glenn to get the Fisherman going in transition.

Is this La Conner’s best hope to steal some thunder?

One coach in Northwest Washington said this Braves’ team is the best he’s seen in the past decade. Forward Justine Benson is a scorer at all three levels, and the teams runs a lot of sets to get open looks. But the unsung contributor among this deep group is post player Morgan Herrera, who can clog up the middle but also get out and smother perimeter players.

FIRST-ROUND MATCHUP TO KEEP AN EYE ON

St. George’s vs. Tri-Cities Prep: The reigning state champions don’t have an easy one in defense of their crown. Good thing the Jaguars can rely on point guard McKenna Martinez, who comes downhill at defenders with such power. St. George’s zone defense will be a difficult riddle to solve, but Martinez is cagey enough to find creases for good shots.