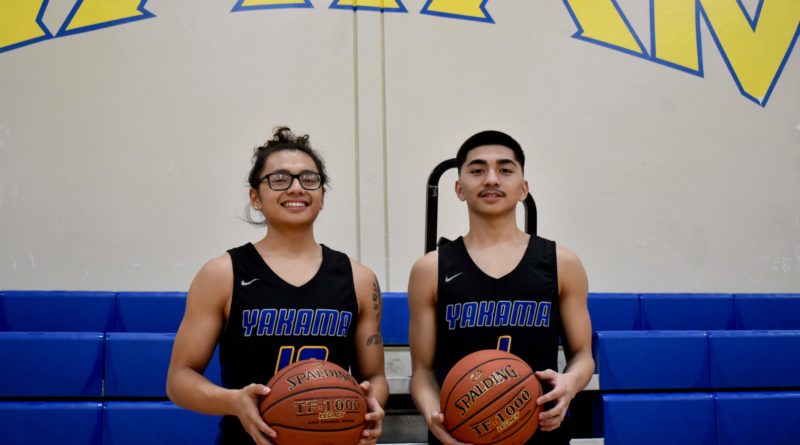 Class 1B story of the year: Bryan and Bryce Strom, the latest 1,000-point scorers in a family full of them, are aiming to lead Yakama Nation Tribal to its first state championship in program history. After losing to Sunnyside Christian last season, the Eagles enter as the 2-seed and knocked out that same program in the district title game. Read the full story here.

Lummiâ€™s Caleb Revey has been a consistent leader. Can he lead a young group to glory?

Revey is a four-year varsity contributor, and his Blackhawks are in as good a position as theyâ€™ve been in his four years entering with a first round bye. As a freshman, was a part of a team that lost in the state championship to Sunnyside Christian. He helped Lummi (25-3) get back to state last year, but was knocked out in the first round by Riverside Christian.

Moffettâ€™s name will forever be etched in the record books after he became the stateâ€™s all-time scoring leader last month. Now can the prolific senior guard deliver on the top-seeded Tigersâ€™ ultimate goal, winning a 1B title? He certainly has the pieces around him who know a thing or two about winning. Nearly everyone played on the football team that won a back-to-back state football championship in the fall â€” by a landslide.

No. 10 Almira-Coulee-Hartline vs. No. 7 Rainier Christian: After knocking out three-time defending state champion Sunnyside Christian in the regional round, 55-51, ACH takes on a Rainier Christian team that gave 2-seed Yakama Nation Tribal its most competitive game since Jan. 28, when the Eagles beatâ€” guess who? â€” ACH by 10. The winner of this game has undefeated 1-seed Odessa waiting for it in a Thursday quarterfinal.