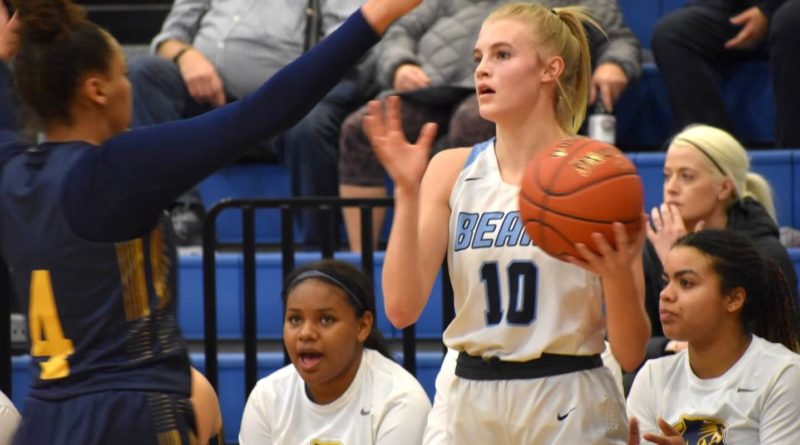 Editor’s note: This is the final story of a five-part series on what Scorebook Live has selected as the Washington high school girls basketball story of the year this season. The 4A subject is the Central Valley Bears.

The way last season ended – five-time Class 4A champion Central Valley graduated five of its top seven players – 2019-20 was set-up to be a down year for the Bears.

And the way the preseason unfolded – upcoming second-year coach Ryan Bragdon was let go after the school district discovered past missteps after an exhaustive summer investigation into his previous coaching stop – the Bears’ season appeared on the brink of disaster.

Led by an alum-turned-head-coach in Felice (Moore) Orrell, a point guard coming off a serious knee injury in Peyton Howard, a high-motor player in MJ Bruno and a renewed commitment to the type of tough, disciplined defense that netted the program a national championship in 2018 – Central Valley not only stayed afloat, it took the 4A Greater Spokane League by storm.

“We were doubted very heavily,” Howard said. “That made me pretty mad. We have two (NCAA Division I) commits and very good players all around, and I know how much heart there is on this team.

“When we come together, we are so good.”

Orrell, a 2002 Central Valley graduate who was part of back-to-back 4A titles during her junior and senior seasons before playing at Eastern Washington University, returned to Spokane last year, and joined Bragdon’s staff as an assistant coach.

But after Orrell gave birth to her second child last March (a daughter), she was planning on taking on more of a part-time role with the team this season.

But when Bragdon was abruptly dismissed, the program suddenly was in a bind a week before the start of non-league play.

“I called Felice personally and begged her to take the job,” Howard said. “I knew it was going to be tough on her, but all of the players and our parents banded together and told her, ‘We will make it work for you.’ Heck, I would even watch her kids.”

So, on second thought, Orrell took over and installed completely new systems on offense and defense right before the season.

Predictably, Central Valley got off to a slow start – losing to Gonzaga Prep in its season opener, then an interstate showdown with Oregon powerhouse Beaverton at the Dan Fitzgerald Memorial Tournament.

“(‘The Fitz’) was a turning point for us,” Orrell said. “When we played Beaverton, No. 1 in 6A in Oregon, we hung with them. That gave these players a ton of confidence, and that light switch of, ‘We are a team to be reckoned with’ came on.

“The following night, we came out (against St. Ignatius) and played amazing. From then on, we knew we could do this.”

That non-league victory triggered Central Valley’s extended run of success – wins in 19 of 20 games, sweeping aside the 4A GSL. The Bears’ only loss was to 3A title contender Mount Spokane.

And last weekend, the Bears captured the District 8 championship with a 55-53 overtime victory over Mead.

“You know, it’s tough. You don’t have a second to stop and smells the roses (of our season), but I want them to stop and think about what we’ve accomplished,” Orrell said. “Everybody was talking about U-High (University) and Mount Spokane but not once did anyone say anything about us. And it makes us giggle.”