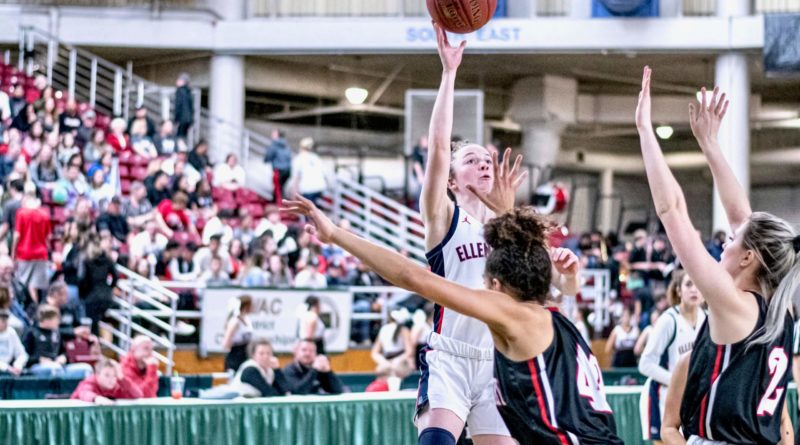 Editor’s note: This is the third of a five-part series on what Scorebook Live has selected as the Washington high school girls basketball story of the year this season. The 2A subject is the Ellensburg Bulldogs.

The running joke around 2A Central Washington Athletic Conference girls basketball circles is that Ellensburg High School has more talented 6-foot players on its bench than the rest of the league has combined.

That is how deep the Bulldogs’ roster is, led by all-state candidate Dylan Philip.

“We will play up to 10 players,” said second-year Bulldogs coach Jeff Whitney, who is a familiar face in town. He spent 14 seasons as the women’s coach at Central Washington University (1997-2011).

“And when it’s time to bring them off the bench, we get long and lean from there.”

Whitney certainly knew the type of talent he was inheriting when he took the Ellensburg job last year. In fact, he contributed to it, spending four years as a coach with the Ellensburg Select AAU program.

But last year, the underclassman-heavy Bulldogs went through their ups and downs. They followed up a seven-game winning streak with three consecutive CWAC losses to Prosser, Wapato and Ephrata.

“When we went into that three-game dip, we knew it wasn’t our practices, or the physical part or a talent issue,” Whitney said. “We just had to figure out how to make them mentally stronger.”

That is when Whitney had an idea: Employ a mental-training and visualization program.

And he knew exactly who to ask for help – his wife, Katrina, a former women’s basketball player at Seattle University who holds a postgraduate education degree specializing in counseling.

So, Katrina Whitney, who is also an assistant director of CWU’s diversity and equity center, began meeting with players individually for sports-psychology sessions.

“A lot of it is figuring out when you are not producing at your highest level – how do you get out of it or do you stay in it?” Whitney said. “For high school kids, that is a big deal.”

The sessions helped – Ellensburg won six of its next seven games, reached the CWAC District title game (54-52 loss to Grandview) and then the Bulldogs lost a regional-round nailbiter to 2A contender East Valley of Spokane, 62-55, in overtime.

“I knew when I saw the disappointment in their eyes after that loss to East Valley, it could have eaten them up,” Whitney said. “But it didn’t.”

When players started meeting in August, they went through a similar program with Katrina Whitney – two days a week of mental training, and yoga.

During the regular season, it has been scaled back to a Saturday of yoga before the team’s shootaround, and a post-practice visualization session Monday.

“It has paid dividends,” Ellensburg point guard Brinley Hagemeier said. “That junior year, I felt a lot of pressure, so this mental stuff was important. Once I bought into it, I started to see my game transform.

“This is what makes us as good as we are – we enjoy each other so much. And one reason is we do things like this off the court.”

Now, when things are going well, physically and mentally, Ellensburg players call it being in “The Flow.”